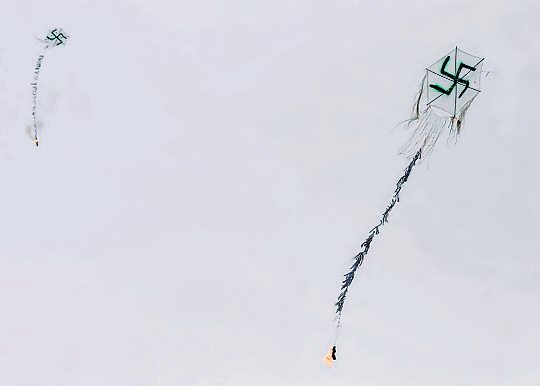 I received an email this morning from our Israeli correspondent MC, who lives in Sderot:

The noise started around 2:00am last night with a couple of explosions which could have been ours or theirs; there was no alarm. That came later, and in spades.

It is Shabbat, so the news desks are not working to full capacity, and we just don’t know.

We have had incoming missiles and Iron Dome intercepts all morning. It is seven o’clock, and we have had seven intercepts just in Sderot.

We have also had the outgoing artillery. It is very reminiscent of 2014: I expect Hamas is broke again and needs to kill a few joooz in order to get a top-up of blood money from the likes of Norway and Qatar.

Conditions in Gaza must be appalling. Their lifeblood is being spent by their feudal landlords chasing a (pseudo-religious) pipe dream.

The government here must now make up their minds. After weeks of provocations, they must do something. Their predecessors made a deal with the devil and we have all suffered as a consequence.

The Hamas leadership cowers under a hospital, defended by world opinion, yes, the opinion of American (liberal) socialists and fellow travellers, the Hillaries and Bernies and their ilk. They may not be lighting the blue touch paper, but when they scream “disproportionate response,” they enable war crimes. Whilst the Europeans send in the resources under the disguise of “humanitarian aid”. In the hope that the crocodile will eat them last.

In the warped world of leftist politics, Jews, especially Israeli Jews, are not human. If you prick them they do not bleed. Because they are Untermenschen they have no human rights, so the idea of self defense has no credibility.

So Hamas reverts to 8th-century crop burning and the world applauds their inventiveness. When Sherman marched to the sea, his aim was to destroy the economy of the Southern states, to cause starvation and lawlessness. This was a huge war crime, the nuances of which were hidden behind the self-righteousness of the ‘emancipation’. Did anybody stop to count how many of those ‘liberated’ slaves starved to death?

And all the time that Hamas throws its childish tantrums, Israel is supplying food, natural gas and electricity.

It really is time to throw the switches.