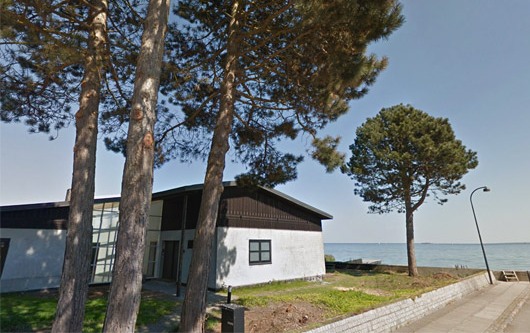 Hellerup is a chic area in the northern suburbs of Copenhagen. It’s very upscale, and boasts numerous expansive residences along the Øresund coast. In a New York context, think The Hamptons. Or in D.C. terms, maybe Upperville or one of the other twee hamlets in the horsey parts of Loudoun County.

This is where rich white people congregate, well-insulated from the common ruck, and free of all the cultural enrichment they have foisted on less fortunate Danes in Nørrebro and other districts to the south.

And now a wealthy lawyer who has good reason to be ticked off with the Gutmenschen of Hellerup has decided to get his revenge: he’s going to deliver a healthy dose of cultural enrichment to their very doorstep.

Our Danish correspondent Signe, who translated the brief report below, includes these introductory notes:

Is this the proper way to fight back when arguments don’t work? Should we unite and buy houses close to the worst traitors and rent them out to their favorite enrichers?

It’s epic, it’s poetic justice, it’s pure evil, it’s “Atlas Shrugged” in the idyllic Danish town called Hellerup, a rich white ghetto. On this particular street, where the owners of large luxurious houses can enjoy a glorious ocean view, live two famous Danish do-gooders, Islamophiles and hypocrites: The ex-foreign minister Uffe Ellemann-Jensen and the director Ole Bornedal. They objected to the renovation of a rich lawyer’s house, sabotaged his project, and cost him a fortune. Now he will move and rent out his beach house to a large family of alternative ethnic origin.

The story was on the front page of Denmark’s shrinking but still influential tabloid Ekstra Bladet, and I have translated Uriasposten’s post about it.

Hellerup: Former foreign minister Uffe Ellemann-Jensen will be a neighbor to a large Muslim family…

The lawyer Jan Leth Christensen informs Ekstra Bladet that it is not “revenge” just because “Muslims” will move in, and he points out that they must “live somewhere nice with resourceful neighbors”. Wonderful doings from the Hellerup lawyer, who is very rich and can afford to tease self-righteous ex-politicians.

From Ekstra Bladet — Millionaire strikes back

Uffe Ellemann-Jensen and other celebrities in Hellerup’s rich man’s ghetto were just about to open champagne. The glasses were to be raised because Gentofte Municipality has refused the plans of the lawyer Jan Leth Christensen to build ‘Villa Leth’, which caused much ado in the neighborhood’s elite.

Perhaps the corks will remain in the bottles in the homes of the film director Ole Bornedal, the former Maersk chairman Michael Pram Rasmussen and Queen Margrethe’s close friend Susanne Heering, all members of Sundvængets Ejerlaug [an association of homeowners] who were against the building plans…

“I think Uffe Ellemann-Jensen needs new neighbors. Therefore a family of 9-11 members of alternative ethnic origin, with a large dog, will now move in, since I will not be allowed to build my new house. It is my impression that the tenants have an extremely large social circle,” says Jan Leth Christensen…

18 thoughts on “Refugee Resettlement — In Hellerup”