The following essay by Nick McAvelly is the second in a series about virtual reality (see Part 1). It was originally published at The Frozen North in a slightly different form. 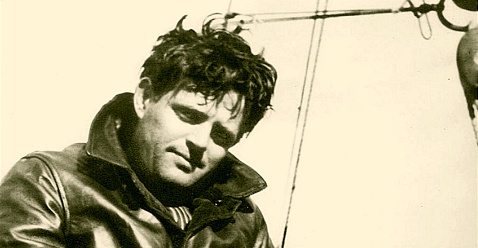 The Addictive Nature of Virtual Reality
by Nick McAvelly

The addictive potential of virtual reality will come as no surprise to anyone with experience of addiction. Life is a gey rum do at the best of times, and as any serious drinker will tell you, there is nothing better than altering your consciousness so that life no longer matters. The experience of addiction is described in Jack London’s autobiographical book, John Barleycorn. London writes: “I achieved a condition in which my body was never free from alcohol. Nor did I permit myself to be away from alcohol. If I travelled to out-of-the-way places, I declined to run the risk of finding them dry. […] The gravity of this I knew only too well.”

London was not the only writer who knew what it was to use alcohol. Charles Bukowski also laid the facts down for his readers: 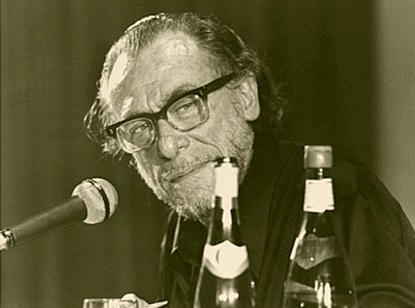 “Frankly, I was horrified by life, at what a man had to do simply in order to eat, sleep, and keep himself clothed. So I stayed in bed and drank. When you drank the world was still out there, but for the moment it didn’t have you by the throat.” (Charles Bukowski.)

There are a lot of people who have experienced full-blown addiction, and there are many more who have yet to do so. We have all walked into a Starbucks or a Café Nero and discovered that everyone in there is busily swiping their agile little fingers across the screen of an iPhone, with only a peripheral awareness of what is going on around them. Many of us have binge-watched our favourite TV shows and identified, to varying degrees, with the main characters. In ye olden days, some of us will have read and re-read our favourite books, and built up an image of what the characters looked like in our own minds. How many of us who saw the actor Gary Sinise appear in the film adaptation of Stephen King’s The Stand initially thought to ourselves, “That’s not Stu!” And how many of us now approach a Michael Connelly novel with an internal image of Harry Bosch that bears a remarkable similarity to Jimmy O from the Sons of Anarchy? There has always been a crossover between a fictional world created by someone else and our own imaginary experiences. If it is possible to have that crossover experience, and to interact directly with the characters in a fictional world, then our own lives can be temporarily forgotten. The new virtual reality will be the most addictive experience of them all, more than the finest whisky in the whole of Scotland, more than medical grade opiates.

It’s a given that a globally accessible VR system will have a pornographic aspect encoded into it, so that users can have virtual sexual encounters with virtual porn stars. This would make the owners of the new system a fortune, so it is inevitable that this will happen. Users of the new system will also be able to indulge in revenge fantasies, by virtually throwing their bosses out of an office window and so forth. It should be noted that people can already live out such fantasies, in the understanding that they are nothing but fantasies, because violent and sexual scenes can already be found between the covers of a supermarket paperback, or accessed online at the click of a mouse. However, in the new virtual reality, experiences such as these will serve as a gateway drug, and long-term users will be able to progress to deeper levels within the system, where dark and previously undreamed-of fantasies can be virtually fulfilled.

The world around us is becoming more dangerous and corrupt with every week that passes, which makes an escape into an addictive state of altered consciousness even more appealing. But we need to understand that a global VR system will be used by the rulers of the darkness of this age to serve their own purposes.

“Be sober, be vigilant; because your adversary the devil walks around like a roaring lion, seeking whom he may devour.” (1 Peter 5:8)

“Again there was a day when the sons of God came to present themselves before the Lord, and Satan came also among them to present himself before the Lord. And the Lord said to Satan, “From where do you come?” Satan answered the Lord and said, “From going to and fro on the earth, and from walking back and forth on it.” (Job 2: 1-2)

The adversary has always tried to corrupt human beings, so that he can try to escape his own fate. If Satan can demonstrate that reality, as it has been experienced here on earth, cannot be judged according to God’s moral laws, then Satan can defend himself before the Creator.

Here is the Luciferian defence:

Satan has always tempted human beings, so that they give themselves over to evil and are deserving of punishment. If God does not give them their just deserts, then Satan can argue that God’s moral laws cannot be used to judge anything that has happened throughout human existence here on earth. Therefore, nothing Satan has done on this earth can be judged according to God’s moral laws. It follows that any punishment meted out to him by God would be unjust.

In the alternative, Satan would have successfully corrupted humanity, so that God would be obliged to condemn His own creation. If Satan himself is to be forever condemned, then the archetypal rebel will strive to bring everything and everyone down with him, so that nothing of God’s creation will survive his own demise.

Christianity is the only religion that offers a way out of the situation we are in. So-called prophets have come and gone. Their words can be forgotten. Their deaths do not matter. However, when Jesus Christ was put to death by Roman hands almost two thousand years ago, that established once and for all that God was just, for the deserved punishment for our rebellion against God had indeed been meted out. The Luciferian defence was thereby undermined, and anyone who accepted that Jesus was not merely a speaker of words but was in fact the Son of God, and that He had taken our just deserts upon Himself, had a way to evade the only strategy that was left to the adversary.

The devil seeks to possess and to corrupt as many human beings as possible then, so that they will share his eternal fate. And a globally accessible virtual reality system will serve that purpose. Prototypes of this future technology have already been beta-tested, and the addictive potential is there for all to see. For example, one can watch drumcam videos on YouTube of Dave Lombardo, the musician who has played with the Satanic metal band Slayer, and who is currently playing with Mike Muir’s band, Suicidal Tendencies. The drumcam video of “War Inside My Head” is an 11-minute piece of music — with various video cameras placed around Lombardo’s drum kit — which at the time of writing has been viewed over 611 thousand times.

This is an incredibly powerful and addictive performance. Many people will have watched this video multiple times, and the experience could easily be enhanced using a true virtual reality system. One could be in the crowd, on stage playing with the band, one could even adopt the drumming position as the music is being played. The sinister aspect of this can be understood if one looks at the work of Lombardo’s former band, Slayer. One of their albums, Reign in Blood, is just under 29 minutes long. Released in 1986, the band still play its songs live on stage. Those songs are hypnotic and extremely addictive. The first track on the album is about the Nazi doctor Josef Mengele. It is entitled “Angel of Death”. If anyone played that album back in the late eighties when it was released, they will find that if they go on to YouTube now, thirty years later, and play a video of that song, they will still remember the lyrics: “Sadistic surgeon of demise, sadist of the noblest blood, destroying without mercy, to benefit the Aryan race …”

The experience of listening to the title track of that album, “Reign in Blood”, was significantly enhanced by the band on at least one occasion, when they had fake blood pouring from the rafters of the concert hall as they performed the song: “Raining blood from a lacerated sky, bleeding its horror, creating my structure, now I shall reign in blood!” At the end of the performance the singer, Tom Araya, smiled and told the audience, “We’ll see you in hell.”

In a virtual reality, it would be possible to experience that album as far more than 29 minutes of loud music. As the album begins to play, one could float through Auschwitz as a demonic figure, observing Nazi medical experiments, before descending into the human form of an SS guard who is committing a murder. Having experienced what it felt like to take another life, one could become immersed in the supernatural forces that were behind the Holocaust, and experience what Slayer tried to replicate live on stage in 2004. In the forthcoming virtual reality system, anything will be possible.

Addicts do not go backwards, and they do not take lower doses of their drug of choice. Addiction only goes in one direction. The writer Dan Fante once explained his motives for drinking: “What I want to say here is that there is a place beyond control and beyond concern that people can go, where the values and the needs of everyday life change completely. Where what matters is moment-to-moment survival to avoid mind pain.” Once a globally accessible virtual reality is established, millions of human beings will disappear into the new system. Long-term users will become so corrupted by the experience that, if they are disconnected from the system and returned to our reality, they will be capable of anything.

If anyone reading this has already journeyed through addiction, and somehow come out the other side alive, be aware that a virtual reality system is a well without water, clouds designed to obscure your mind, carried by a storm of darkness. Consider well the promises of those who would have you give your consciousness over to them, so they can prosper:

“For when they speak arrogant words of vanity, they entice by the lusts of the flesh and by depravity those who barely escaped from those who live in error. Although they promise them freedom, they themselves are slaves of corruption, for by that which a man is overcome, to this he is enslaved. For if after they have escaped the defilements of the world through the knowledge of the Lord and Savior Jesus Christ, and they are again entangled in them and are overcome, the latter end is worse for them than the beginning. For it would have been better for them not to have known the way of righteousness than to have known it and then turn back from the holy commandment that was delivered to them. But it has happened to them according to the true proverb, ‘The dog returns to his own vomit,’ and ‘the sow that was washed to her wallowing in the mud.’“ (2 Peter 2: 18-22)

27 thoughts on “The Addictive Nature of Virtual Reality”