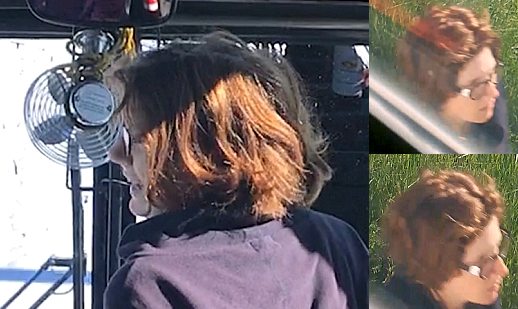 The incident described below wasn’t really a hijacking, but the bus was violently attacked and prevented from traveling any further. And the intention of the attackers was almost certainly to hijack the bus for nefarious purposes.

A week ago today a coalition of free-speech activists held a demonstration on Parliament Hill against Motion 103 and the imposition of sharia law in Canada. As reported previously (see here and here), “anti-fascist” counter-demonstrators were out in force, and engaged in significant violence.

One of the free-speech groups had hired a bus to transport people to the demonstration. The bus made several stops, and at one of them they were blocked by antifas. The young thugs put up barriers, threw paintballs at the windshield of the bus, and spray-painted the side of it, including the driver’s mirrors. The driver was able to get the bus away from the immediate area of the antifas, otherwise it might have been taken hostage. As it was, it was no longer fit to make the trip to downtown Ottawa, and the passengers had to be transferred to multiple private vehicles.

It seems that the “anti-fascists” had managed to place a mole in the group on the bus. My guess is that some of the planning was done on social media, which the antifas were monitoring, and learned the bus’s itinerary. After the bus had escaped the vicinity of the would-be hijackers, a young red-haired woman among the passengers became frantic to disembark, screaming at the driver until she was let off. One must presume that this woman was a mole, and when she realized that her comrades were not going to commandeer the vehicle, she panicked.

The composite photo at the top of this post shows the young lady’s face. As far as I know, she has not yet been identified. She probably at least witnessed a conspiracy to commit felonious violence, so if you recognize this woman, please notify the Ottawa police or the RCMP.

Later that day one of the organizers of the bus trip was interviewed about what happened. Many thanks to Vlad Tepes for uploading this video: