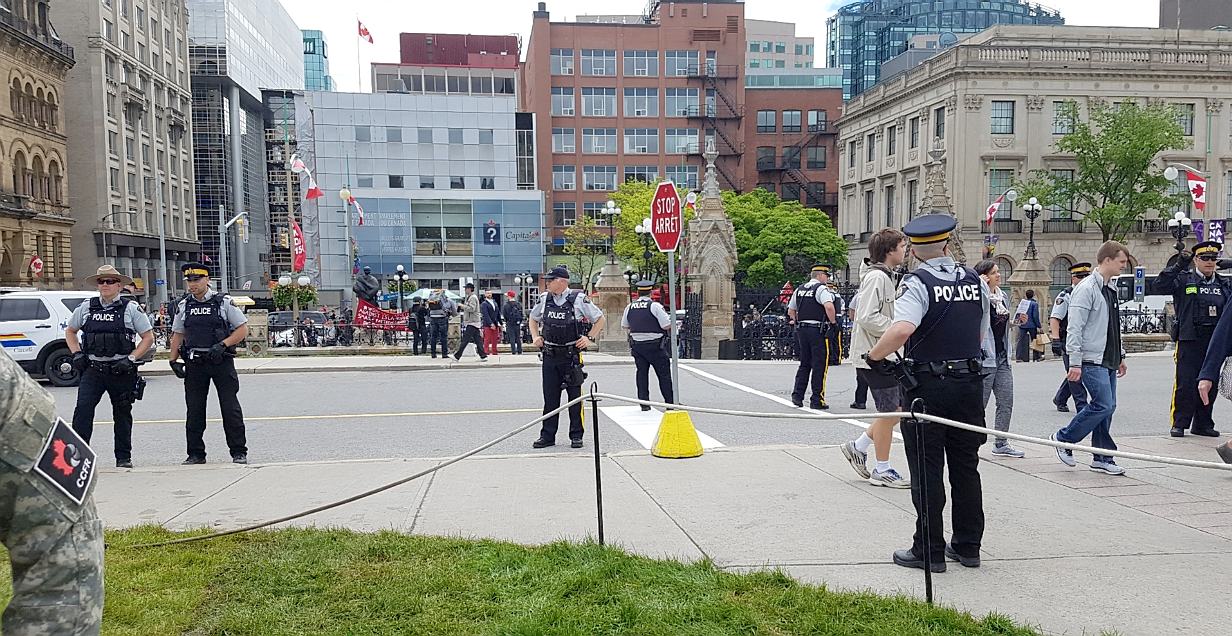 A coalition of groups supporting free speech is staging a demonstration this afternoon on Parliament Hill in Ottawa. They are protesting Motion 103 (M-103), the sharia-friendly anti-blasphemy motion passed by Parliament back in March. Members of the coalition include the Soldiers of Odin and the Jewish Defence League, which just goes to show that today’s political situation can no longer be shoehorned into any traditional ideological template.

The guy on the left in the photo with a CCFR badge on his sleeve is almost certainly a member of the Canadian Coalition for Firearm Rights.

The demo is currently underway. The reader who sent the photo says that there are between 150 and 200 demonstrators. As of the time of her email, there was a group of about 500 antifas approaching, held back for the moment by a line of police. Some of the counter-demonstrators are visible in the background of the photo, wearing their customary red and black gear and carrying a red banner that reads, as near as I can make out, “Workers Unite Against Islamophobia — Smash Fascism & Imperialism”, followed by text blocked by the iron railing.

No weapons are visible — not yet. If any further news comes in, I’ll post an update.

3 thoughts on “Antifa vs. Civil Liberties on Parliament Hill”