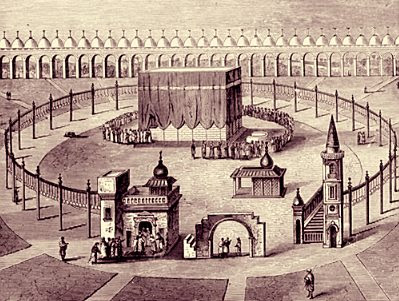 Ten years ago I used to discourage discussion of nuking Mecca. There were two reasons for my aversion to the topic: (1) I felt it was intemperate, and (2) I thought, in my naïveté that the bellicose advocacy of such wanton destruction would alienate people who are currently sitting on the fence about Islam.

There’s been a lot of water under the bridge since then. Nowadays I don’t worry about discussions on nuking the Ka’aba. But that doesn’t mean I think it would be a good idea, strategically speaking. To believe that destroying Mecca would demoralize or discourage Muslims is to make a fundamental strategic error.

The text below is adapted from a response I made earlier today to a commenter who advocated nuking Mecca. I think it’s important to understand the likely effect that would have on Muslims, based on the way they interpret the core teachings of Islam. 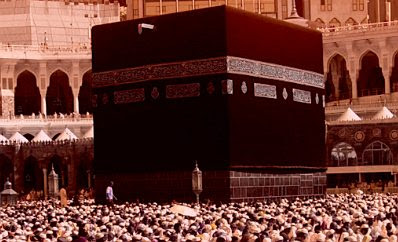 If you believe that nuking Mecca will “show” Muslims anything, then you don’t understand Islam.

The cult of Mecca — black stone, shrines, etc. — is considered idolatry by the Islamic State and other Salafists. It represents putting something before the worship of Allah, and is thus a form of shirk, or polytheism. The Islamic State has already promised to destroy the “idols” of Mecca.

If anyone were to nuke Mecca, they would be understood by devout Muslims to be carrying out the will of Allah. It would be seen as a punishment sent by Allah against those whose faith is less than pure, and a warning to Muslims everywhere.

The net effect would be to turn the survivors — which would be the vast majority of Muslims, even if the destruction occurred during the hajj — into Salafists. Islam, in effect, would be purified.

For those Muslims who consider themselves the true practitioners of Islam — the original form of it from the time of the Companions of the Prophet, al-salaf al-salih — the shrines of Mecca are just a racket set up by servants of Satan to divert Muslims from the true faith.

So be careful what you wish for. The future commanders of any operations against Islam — if we ever have any such — should study Islam very, very closely. They should immerse themselves in it. They should learn to think the way Muslims think (which is not quite what we call “thinking”). Every single one of them should be required to sit through Major Stephen Coughlin’s 12-hour briefing on Islam. And that should be only the beginning of their education, a basic introduction pointing them towards all they must learn.

You must know the enemy.

102 thoughts on “What Happens if Someone Nukes the Black Cube?”