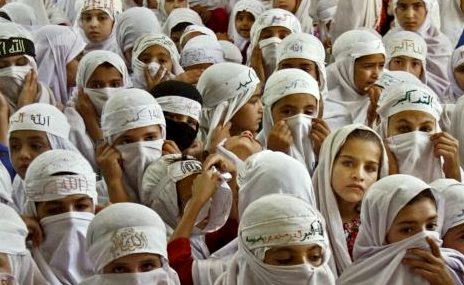 The following article summarizes an official report on the condition of Vienna’s Islamic kindergartens. The report’s conclusions — that the kindergartens are influenced or controlled by the Muslim Brotherhood and other Salafist groups, that children are indoctrinated with “extremist” views, that parallel societies are created and sustained by these schools, that children are taught to disdain and reject the kuffar — will not be a surprise to most Gates of Vienna readers. They seem to have caused consternation within the city’s Socialist governing class, however, so much so that the authorities have made sure to kick the can down the road at least as far as 2017.

The most telling fact is that most Islamic kindergartens refused entry to investigators working on the study.

Our Austrian correspondent AMT, who suggested the article for translation, sends this introduction:

If ever proof for the failure of Multiculturalism and Socialism were needed, the following story should have silenced the Left. But no, of course there are no problems, only challenges, with Islamic kindergartens in Vienna, Austria’s capital — which has been ruled with an iron socialist fist for the past 100-plus years.

Ednan Aslan, a professor of Islamic pedagogy at the University of Vienna, was tasked by the Austrian ministry of foreign affairs to take a closer look at Vienna’s Islamic kindergartens. What followed was a study which proved disastrous: only a handful of kindergartens permitted Aslan to enter the premises and conduct his interviews. The few institutions that did open their doors provided a worrisome glimpse into the netherworld of Islamic jihad and segregation.

Leave it to the Viennese government to attack the bearers of bad news, Professor Aslan and Foreign Minister Kurz, instead of immediately shutting down these kindergartens. Leave it to the Socialists to blame everyone and everything, including Islamophobia, for the situation. And leave it to the local minister in charge to call for another study, not to be completed until 2017. Problem solved, right?

In the meantime, there are countless young jihadists indoctrinated by their likewise indoctrinated kindergarten teachers, all clothed in proper Islamic attire. Of course, everyone in the socialist world will be surprised and shocked how many jihadists travel to Syria and elsewhere to fulfill Allah’s wish — as taught to them by their kindergarten teachers in the open and tolerant city of Vienna.

Weep if you can.

Many thanks to JLH for translating this article from Der Kurier:

Ednan Aslan’s report causes a sensation. The 178-page final version now becomes the basis for a large study. Plus: Summary of the most serious complaints.

It has been a long time coming (originally scheduled for the end of January), but today, Friday, the Ministry for Integration published the final report of educational theorist Ednan Aslan on Islamically influenced kindergartens and/or groups in Vienna. The report illuminates particularly the role of the supporting associations of the kindergartens. The most serious complaints are summarized at the end of the article. 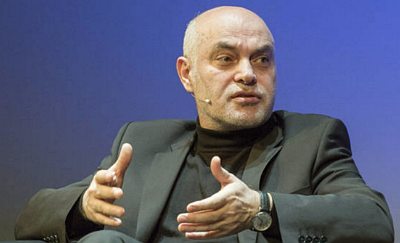 Aslan’s 33-page “preliminary study”, published by the ministry at the beginning of December, had caused a sensation. In it, he claimed there were an estimated 150 Islamic kindergartens in Vienna, in which, to an extent, parallel societies were being cultivated.

Joint Study With the City of Vienna

Building on Aslan’s final report, the Ministry for Integration and the City of Vienna, jointly, are beginning a comprehensive investigation of Islamic childcare institutions in Vienna.

It was announced on Friday, that the City of Vienna will provide necessary data, such as access to childcare institutions, associations’ registration forms, etc. An appropriate provider will be designated for the implementation. The study will be supervised by a six-member investigative team.

An important consideration will be whether the pedagogical concepts of these private child education and childcare institutions (kindergartens and children’s groups) in Vienna comport with the basic values of the Austrian constitution, children’s rights and human rights as well as with the Viennese educational plan.

Also investigated will be what values and norms are experienced in practice, as well as languages used, the religious background and immigration background of the children and employees, and also the adoption of linguistic support. The expectations in education and care on the part of parents and/or responsible adults will also be researched. Part of the study will also be defining criteria for the purpose of discussing religious and sectarian influence on institutional child education and childcare. Further, a list with a comprehensive analysis will be made of all Islamic kindergartens, children’s groups and their operators/supporting associations, and there will be information on what religions are feeding into the pedagogical work.

Sonja Wehsely, SPÖ city counselor for health, social affairs and generations says, “There is no place in Vienna for radicalism and extremism. If there are problems, they must be confronted and solved. The City of Vienna is watching closely and has already taken action. With the increase of supervisors in the MAG ELF (family services), we are taking care that the safety net is even stronger. The quality is further enhanced with the improvement of training for caretakers in children’s groups. The study will examine closely the experiencing of values and norms in the everyday pedagogy of childcare. With its professional team of investigators, this study will give a well-founded and comprehensive insight.”

The Most Serious Complaints in the Aslan Report

(The full version of the 178-page project report of the Department for Islamic Studies at the University of Vienna is available for download.)

16 thoughts on “Training for Jihad in Vienna’s Kindergarten Madrassas”