The newsletter below arrived in our email today. “Britain First” is one of those groups found in any polity that finds itself in the throes of fracturing and breakdown. This sudden “unity” under Prime Minister Cameron may be surprising, but it is not the result of a vigorous electorate or a free public sphere.

We have groups like Britain First here in America, too, and for the same reasons. These are the disaffected who have had the temerity to speak up, only to find themselves kicked to the curb (kerb) or ejected into the outer darkness where they are supposed to stay and — above all — shut up. If I remember correctly, BF was one of those groups which grew out of the screws being turned on the British National Party until it finally cracked under the strain. Britain excels at these tactics; perhaps because all the ornery DNA has either left for colonial lands or has been killed off in two utterly ruinous “world” wars. Those who followed after them don’t appear to value the same things as those whose places they took. Remnants of England are merely that: remnants.

Tommy Robinson an example of someone who was made to shut up and sit down. He was forcibly separated by Britain’s “justice” system from his own English Defence League. Once a group is essentially decapitated in such a manner, it will live on for a while but the charism that breathes life and spirit into a group will eventually be but an echo. The group will fracture and fade without ever having had an opportunity to grow to maturity. England tried that with the colonials but they were separated by time and distance so the punishments they devised couldn’t quite be made to stick effectively. [Tommy Robinson was born too late; he would have made a fine leader in the American Revolution.]

Britain today appears to be owned by powerful interests who make sure nothing of substance can grow in its toxic political soil. That’s how it looks to outsiders. The owners — whoever those shadows are — decide who will be permitted to run for national office. If they want to generate an ominous “atmosphere” they can. Thus voters scurry toward safety, just as they do here in the U.S.

In Britain, can all those native Brits who have been harmed by the massive numbers of non-British immigrants ever believe in justice again? Much harm occurred on Mr. Cameron’s watch; to see him take utter control gives one pause — are we waiting for Lord Acton to speak? In the aftermath, it grows quiet; there isn’t much left to be said, is there? Everyone resigned and left the room to the exultant Mr. Cameron. With the whole field vanquished, with Scotland set to sail, what will become of Britain?

On that note — which may be the wrong one since the tendency to project one’s own situation onto others is always a question in any “analysis” — here is the newsletter from Britain First’s chairman: 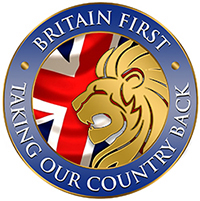 As I predicted yesterday, UKIP failed to make a breakthrough into Parliament.

They managed to secure only one seat, despite attracting around 4 million votes, which in itself is a colossal success.

I explained that the “first past the post” system strongly inhibited the chances of up and coming parties to break through into Parliament.

What is even worse is the way the UKIP leadership have handled the expectations of their supporters.

Nigel Farage backed himself into a corner by saying he would resign if he didn’t win in South Thanet, then lost, then resigned.

Right up until election day, UKIP officials overestimated their chances without a thought for the consequences.

Without the charisma, talent and personality of Nigel Farage at the held UKIP will now go into a steep decline and move further to the “Left” to appease the “Centre Ground”.

Without Farage at the helm, UKIP are doomed.

What was in essence just a single battle in a long war of attrition against the establishment, UKIP billed as a boom or bust “last chance” election.

Now the dust has settled, UKIP have demoralised their supporters and left themselves leaderless and facing meltdown.

This puts the Britain First movement in a serious predicament: do we jump into the electoral arena as a serious political party and finish the job UKIP started?

Depending on how UKIP re-groups and reforms, Britain First could be the “last man standing” on the right of politics.

We will be sending out a “members’ poll” shortly asking you to help us make this decision.

In the meantime, please click on the link below and watch our promotional video for our march in Dudley tomorrow where we will be opposing another unwanted mega mosque.

We need all dedicated patriots to come and stand with us in Dudley to help fight the Islam-ification of our beloved country.

The war against the establishment is only just beginning.

It will be a long war with lots of bumps on the road, disappointments and set-backs, but we will win the war, of what I am certain!

34 thoughts on “In Britain’s Aftermath, a Voice from the Rubble…”