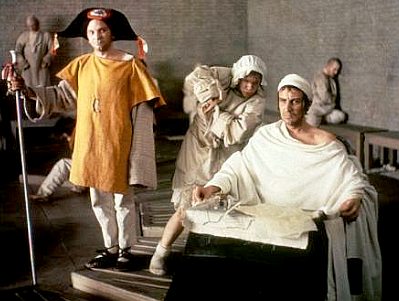 A French reader sends the following brief note on the latest strategy for curbing Islamophobia in France:

Robert Chardon, a French mayor, tweeted a call for a ban on the Muslim faith in France. His party requested the exclusion.

The media were outraged and shocked, but the disturbing and worrying part is that a “third party” obtained an involuntary confinement. This measure occurs in case of mental disorders. Therefore it seems that you are seen as crazy if you criticize Islam in France!

The third party can be anyone: a relative, an administrative authority, an offended Muslim…

10 thoughts on “An Asylum Called France”