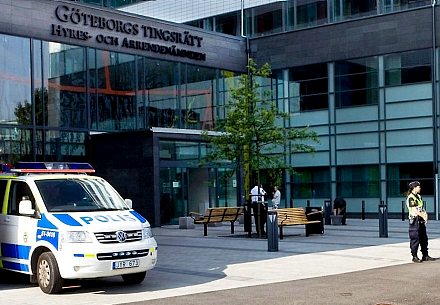 The Danish psychologist Nicolai Sennels published a translation today of a particularly horrific culturally enriched assault that occurred in Gothenburg, Sweden. The incident took place earlier this year, but the news was sparse until the perpetrator was convicted in Gothenburg District Court.

Last September a young woman was cornered by a Somali immigrant and subjected to a series of brutal rapes. Mr. Sennels includes this introductory note to his translated excerpts of the article:

Sweden does not publish statistics on immigrant crime. If we want to have a hint about who is committing these tens of thousands of rapes and other types of sexual assaults yearly, we can turn to another Scandinavian country, Sweden’s neighbor Norway, the country most similar to Sweden. Here 100 percent of all attack-rapes (rapes where the attacker and the victim did not know each other beforehand) in the last five years in Oslo were committed by immigrants from “non-Western” countries. In Stavanger, a major Norwegian city, 90 percent of rapes are committed by “immigrants.”

The following text was adapted from the translation at 10News.dk of excerpts from the article in Fria Tider. Many thanks to Haensel Klein for filling in the gaps.

WARNING: The descriptions of what the victim was subjected to are graphic. Readers who find accounts of brutal violence disturbing may want to skip the worst parts, which I have placed below the jump:

The 28-year old Somali Ibrahim Ahmed Dahir is sentenced to six years in prison for a particularly brutal assault-rape on a woman in central Göteborg.

The very violent rape took place September 12, 2014. It all began when the Somali man stole the woman’s cycle. When she followed him to take back the bike, he trapped her in a courtyard.

He kicked and hit his victim in the head with a glass bottle and then raped her in different ways. The woman suffered serious injuries.

According to the court, the rape was “ruthless, brutal and characterized by roughness”.

Ibrahim Ahmed Dahir, who stated that he does not remember anything of the event, was sentenced to six years in prison for aggravated rape and has to pay 164,000 kroner (US$21,000) in damages to the woman.

The Somali rapist has already been convicted for eleven other criminal offences. As recently as 2011 he was sentenced to two-and-a-half years in prison for attempted rape, among other things. He was released in June 2013. He is a Swedish citizen and cannot be deported to his homeland, Somalia.

Nicolai Sennels reminds us of the explanation for this kind of attack: “Islam: root cause of grooming and rape wave”