Muslim Community of Knoxville — The Facts (Part 1 of 2)

Until now, little has been written about the Knoxville Muslim community. Considering the Muslim Brotherhood ties and extremist associations of some Tennessee community leaders, no one should be surprised about what is being taught to Muslim students in the Knoxville Islamic school.

Mahdi, (formerly known as William Henderson), is a black American convert to Islam who first joined the racist and anti-Semitic Nation of Islam. Later he left the NOI and completed his Islamic training in Saudi Arabia at the University of Medina, the same school where Memphis Imam Yasir Qadhi (who calls Christians spiritually filthy), was trained. 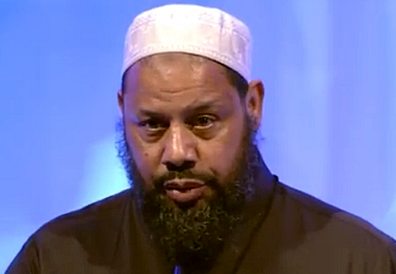 Before becoming the “unofficial Imam of the MCK,” Mahdi led the Masjid Al-Iman in Florida, after his colleague Raed Awad stepped down. This “small fundamentalist mosque,” gained national attention because it was the spiritual home of the “dirty bomber” Jose Padilla who had ties to al Qaeda and was convicted of planning a jihad attack in 2002.

Mahdi’s buddy Raed Awad, described as “an Islamic fundamentalist Palestinian” was also the registered agent in Florida for the Holy Land Foundation (HLF) during the time HLF was funneling money to Hamas, the military branch of the Muslim Brotherhood. Awad was named as an unindicted co-conspirator in the HLF prosecution and identified as a member of the U.S. Muslim Brotherhood.

In 2002, Mahdi helped fundraise for the KindHearts Foundation which was shut down under suspicion of raising money for Hamas.

Mahdi “envisions an Islamic empire, a place where, if you don’t follow Muslim rules, you are free — to leave the country….[he says], Islam is Islam, and it has been since it was revealed 1400 and some odd years ago, and it is not the right of any individual to take it upon themselves to change it based on their own rationale or want or desire. We want to keep it in the truest form.”

He claims that most Muslims do not see Hamas as a terrorist organization, and he would like to hear Osama Bin Laden’s “side of the story” because he’s not convinced he was behind 9/11.

Mahdi back in Knoxville

Mahdi returned to Knoxville in 2005. In 2010 he became Director of Community Development at ICNA Relief USA, the charity arm of the Islamic Circle of North America (ICNA) named by the Muslim Brotherhood as a likeminded “organization[s] of our friends” in the 1991 Muslim Brotherhood Explanatory Memorandum plan for North America. ICNA is also closely linked to a Pakistani Islamist group.

The Muslim Brotherhood “friends” were identified as groups that could help teach Muslims “that their work in America is a kind of grand Jihad in eliminating and destroying the Western civilization from within and ‘sabotaging’ its miserable house by their hands … so that … God’s religion [Islam] is made victorious over all other religions.”

ICNA has long held its annual conferences in conjunction with the Muslim American Society, also an arm of the Muslim Brotherhood.

Mahdi and ICNA share the same vision of a U.S. governed by sharia law. Is that why ACO Director Remziya Suleyman asked him to help promote her organization? Or do they simply share a fundamentalist’s belief of how to live by sharia law?

In 1999 ICNA’s President welcomed attendees with this message: “We have a culture and civilization which once ruled the world and still has the viability to rule the world again.” Any denial by Mahdi of the ultimate goal is simply taqiyya (Islamically sanctioned lying).

Mahdi and ICNA — made for each other

ICNA’s pursuit of establishing Islam as the “sole basis of global society and governance” was published in its 2010 Member’s Hand Book which also sanctioned deceit while proselytizing their way to this goal.

In 2012 ICNA got serious about its dawa (proselytizing) with a $3 million dollar campaign to promote sharia law in America including “Got Questions?, Get Answers” billboards in 20 cities, radio spots, college campus sharia seminars and a 25 city “education tour” to help Americans better understand sharia law and feel better about its encroachment into the public domain.

Maybe they handed out copies of ICNA’s magazine which featured Muslim Brotherhood extremist leader Sheik Al-Qaradawi (banned from entry into the U.S. since 1999) who said democracy is permitted only when it complies with Shariah law.

In addition to ICNA Relief which Mahdi heads, ICNA has a youth division called Young Muslims and a multimedia division called Sound Vision that helps ICNA pursue its goals through dawa in U.S. public schools: “Reaching the youth has not always been an area explored by those in the Dawa field. Our representatives visit public schools sharing knowledge of Islam as an attempt to correct the misrepresentations often found in secular reading materials.”

A TN American Muslim Advisory Council member, claimed that ICNA is one of the those organizations “that help American Muslims stay true to their religious values while being uniquely American.”

Mahdi speaks at the UT Knoxville Muslim Students Association events and has the opportunity to influence even younger students when speaking at the Knoxville ROOTS programs (more on this later), and the Nashville-based Muslim Youth Network of TN (MYNT) retreats. In keeping with its Muslim Brotherhood themed training, MYNT had Dawud Walid from CAIR at their 2013 summer retreat.

It seems that Knoxville’s Islamic school Annoor Academy has followed Mahdi’s lead by choosing to use Yahiya Emerick’s textbook “What Islam Is All About.” Like Mahdi, Emerick also fantasizes about “How to Make America an Islamic Nation.” One of his books has been adopted into the curriculum of Al-Azhar University in Egypt, the preeminent teaching center of sharia law and the institution that authenticated the English translation of “The Reliance of the Traveller, The Classic Manual of Islamic Sacred Law.”

Emerick’s textbook, following the dictates of the Quran, warns students about getting too friendly with non-Muslims and denigrates Jews and Christians and their religions and beliefs. More than anything, Emerick offers Islam as a civilization alternative without warning students about the loss of individual freedom and liberties (especially for women), under sharia law.

These are the same ideas that Rafiq Mahdi brings to the Muslims of Knoxville who proudly proclaim him their “unofficial imam.”

4 thoughts on “Muslim Community of Knoxville — The Facts”