The following account is difficult to read. It refers to a culture of brutality and dominance among Arab men and boys, one that has a long pedigree and has proven particularly prevalent in Islamic societies.

Until the late 20th century, open discussion of such matters in the West was prevented by the taboo against overtly sexual topics, especially where they concerned sexual deviance. More recently, after the era of sexual liberation began, a different taboo emerged in the new culture of Politically Correct Multiculturalism. The new rules might be summed up in a single commandment: “Thou shalt not speak ill of any social customs in non-Western cultures.” Thus the prevalence of pederasty in the Arab world was hushed up.

In recent years, due in part to the decade-long involvement of Western troops in Afghanistan, information about the Afghan custom of “dancing boys” — in which adult men take pretty pre-pubescent boys as their catamites — has gradually percolated into Western consciousness. But similar practices in the Arab world have remained more occluded.

Our Russian correspondent Russkiy, who is now fluent in Arabic, has undertaken the arduous task of translating part of sociological treatise on homosexuality in Iraq that was written by a renowned Iraqi scholar in the 1960s. It reveals a male society that resembles the deformed culture found among men in Western prisons.

Nowadays, with an Islamic Reformation well underway throughout the Arab world, entire nations are effectively being converted into giant open-air prisons. 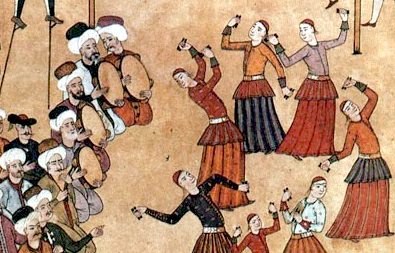 Homosexuality in Iraq and Saudi Arabia
by Russkiy

When one visits websites or watches recorded discussions of proponents of Islamic Sharia, one cannot but notice a strong focus on morality in the Western world, or rather the lack thereof. The discussions normally revolve around women not being covered up appropriately, or the presence of homosexuals in public view, or both issues at the same time.

Recently I visited a Saudi atheist discussion forum found on Paltalk. The participants in the discussion deliberated on the issue of homosexuality in Saudi Arabia. Some surprising numbers were discussed. One person in the forum argued that if Saudi rulers don’t do something quickly to address the problem, 100% of the male population will be homosexuals. The reason given for this was that level of sexual frustration amongst Saudi men had reached unprecedented levels. It was mentioned that in the past the problem didn’t exist for the following reasons:

At the beginning of King Feisal’s reign (1964-75) slavery was abolished as a result of Western pressure. Since then, due to social changes in the kingdom, the age of marriage has slowly increased. Pornographic material easily available through the Internet has been a big factor in exciting the young male population of Saudi Arabia without allowing any release.

This discussion reminded me of something I read in a book entitled Studies in the Nature of Iraqi Society written by the celebrated Iraqi professor of history and sociology Ali al-Wardi and first published in 1965. I have translated a section of the book that deals with precisely the issue discussed by the Saudis in the forum. My explanatory notes appear in square brackets.

The following translated excerpt begins on page 322 under the heading “Homosexuality in the Cities”:

The reality is that custom of homosexuality was widespread in the Iraqi cities during the period of Ottoman rule. It is possible to explain this phenomenon by the following: 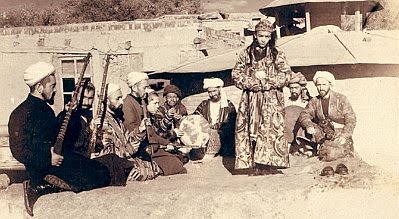 Statistics concerning the spread of homosexuality and its extent in Iraqi cities during Ottoman rule are not available; however the estimates suggest that the percentage could not have been less than 40% of all city dwellers [I presume that the author means male city dwellers]. This is a very big number, and perhaps it is greater than in other countries with the exception of the Gulf (Persian) Emirates.

The widespread practice of homosexuality could easily be observed in the tea houses. It was very common in many tea houses to see grown men in company of adolescent boys who rarely left their side. It was common for figures of influence to spend lavishly on such boys, to buy them expensive clothes and gratify their every need and even involve them in their work. Such behaviour wasn’t looked down upon, and was sometimes even taken pride in.

Even to this day, remnants of this behaviour linger.

Researches in the field designate homosexuality as sexual deviation that has both positive and negative forms. It must be noted that homosexuality in both its forms is present in all societies. Researcher Havelock Ellis believed that 2% of all human population is affected by sexual deviation in such a way that it is difficult to remediate. This is a natural phenomenon that occurred while their bodies were formed. Such people can have either a positive or a negative inclination, depending on the circumstance that surrounded them in the beginning of their life. Science has not been able to treat these people, with some exceptions. The people who belong to the latter category differ from other homosexuals in that their sexual nature is atypical. Such a male is attracted towards a male full of masculinity, of strong build, thick of hair, whilst a female-oriented one is attracted to a feminine appearance, coquettishly female. This means that there is a big difference between natural and acquired homosexuality. The first one is a disease that can’t in general be cured; as for the second one — such people are not homosexuals by nature, but rather have acquired such habits from their social surroundings. They adopt this behaviour as means to substitute for what they lack in relationships with the opposite sex. Therefore such behaviour can be changed, and as such the proportion of such people changes depending on the social circumstances that are prevalent.

We can say that the inhabitants of Iraq do not differ from people in other parts of the world with respect to presence of individuals among them who are homosexuals by nature and their number probably does not exceed 2%, as per Havelock’s theory. They are present in approximately equal proportions in the steppe [areas populated by Bedouins], in villages, and in cities. As for the individuals with acquired homosexuality, their numbers are great in cities, small in villages and practically non-existent in the steppe. What is interesting is that homosexuals with negative inclination have always comprised a very small percentage, not exceeding 1%, whilst the percentage of those with positive inclination, as was mentioned, has at some stages been approximately 40%. This enormous difference between the two types should be attributed to the social values prevalent in Iraqi cities.

People in Western countries consider the positive and the negative homosexual inclinations as the same thing. They do not distinguish between the two, considering homosexuality in general a psychological abnormality different from normal. If someone is described as a homosexual, a hearer is not aware of and not concerned with which type. In Iraqi cities on the other hand the situation is completely different. The people deride homosexuals of negative inclination and consider them the lowliest of beings. In contrast, someone of positive inclination doesn’t feel ashamed of his condition and perhaps even brags of it sometimes. He considers himself an aggressor who “breaks someone’s eye” without letting anyone else “break his eye”. This is the reason why the proportion of homosexuals with positive inclination amongst city dwellers is so much higher than those with negative inclination.

The reality is that, in recent times, this view in Iraqi society of homosexuals of positive inclination started to change significantly. The people started to deride homosexuals of all types, be they of positive or negative inclination. We can say that the homosexuality of the positive type is slowly disappearing amongst the new generation. It is likely that unveiling and appearance of women in the society in the recent times had caused this change. We now see that young men prefer to chase after young women, to flirt with them rather than adolescent boys.

23 thoughts on “Homosexuality in Iraq and Saudi Arabia”