This is the fourth essay in an occasional series. Previously: Part 1, Part 2, Part 3 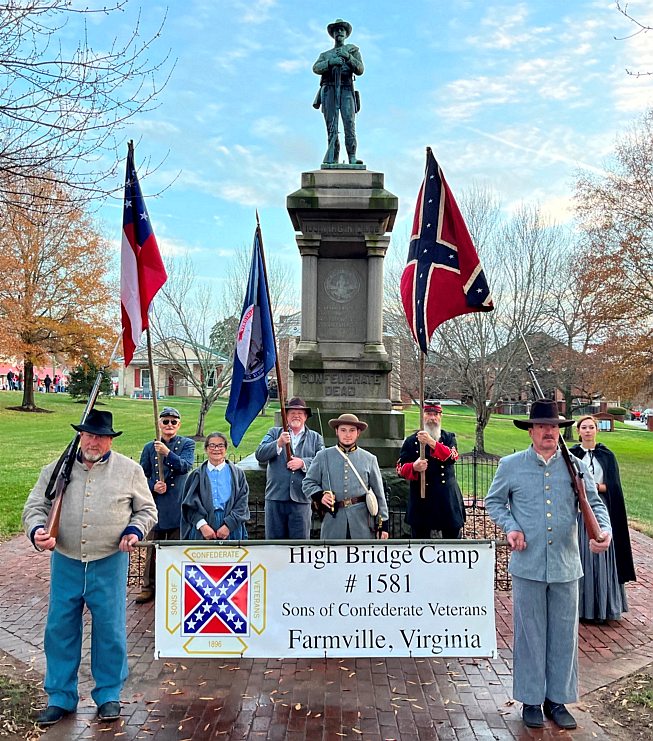 Requiem for a Culture

The past is never dead. It’s not even past.

— William Faulkner, Requiem for a Nun, Act I, Scene III (page 80 in the Vintage paperback edition)

As most of you know by now, I joined the Sons of Confederate Veterans a while back, during the height of the George Floyd frenzy, when statues were being toppled and/or removed all across the Commonwealth of Virginia. I’m descended from a cavalryman who served honorably in the War of Northern Aggression, and it seemed right to do my own small part to resist the zeitgeist, which demands that white Southerners repudiate their ancestors and obliterate their history.

There isn’t much Confederate activity in the near vicinity of Schloss Bodissey, so I’ve been journeying to the Farmville area to attend some of the events. The largest concentrations of Confederate sympathizers seem to cluster along the line of General Lee’s retreat from Petersburg in April of 1865, which roughly paralleled U.S. Routes 360 and 460 through Chesterfield, Amelia, Nottoway, Prince Edward, and Appomattox counties.

Amelia County is right in the middle of the line of Lee’s retreat. As it happens, a large number of members of the Farmville SCV camp are from Amelia, so every year camp members march in the Christmas parade in Amelia Court House.

This year’s parade took place last Saturday. It rained all morning, but cleared up in the afternoon. The weather became mild and pleasant, so I drove on over to Amelia for the parade, thinking that I would enjoy watching it, and take some photos of those deplorable Confederates.

However, when I got to the place where the SCV was mustering, it turned out that they needed another warm body to march in the parade and carry a flag. They had a spare kepi and uniform jacket, and persuaded me to suit up and join the parade. That’s me in the photo at the top of this post, in back on the left wearing shades and carrying the seven-star version of the Confederate national flag.

Behind me during the march were three horses carrying riders. Two of them are shown below: 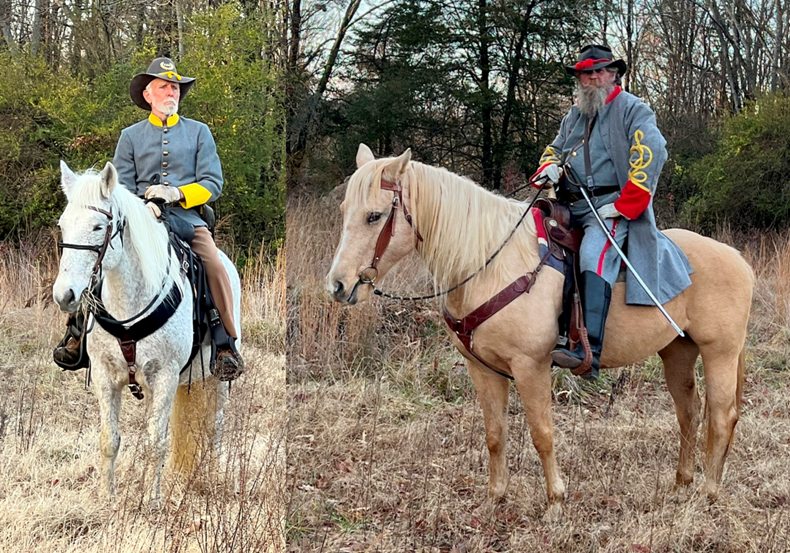 The third was a magnificent Clydesdale (not shown in the photos), with its characteristic enormous hooves and hairy pasterns. The young lady riding the horse was wearing a helmet. She said the horse — which was very sweet-tempered and kept nuzzling me — was young, and hadn’t been ridden many times, so she was being careful. Fortunately, however, the gig went off without a hitch.

The ladies who marched with us wore period costumes and carried baskets of candy to hand out to kids along the route. We started off outside the town proper, to the northeast, and marched down to the center of the business district, circling the court square to pass by the reviewing stand.

There seemed to be a lot of Confederate sympathizers in attendance, who clapped vigorously and cheered as we went by. A few of the men had ZZ Top beards, and looked like they ought to be marching alongside us wearing uniforms.

There were plenty of black people along the route. They weren’t among those who cheered, obviously, but they didn’t seem overtly hostile. I assume they’ve gotten used to seeing the Confederates turn out year after year. 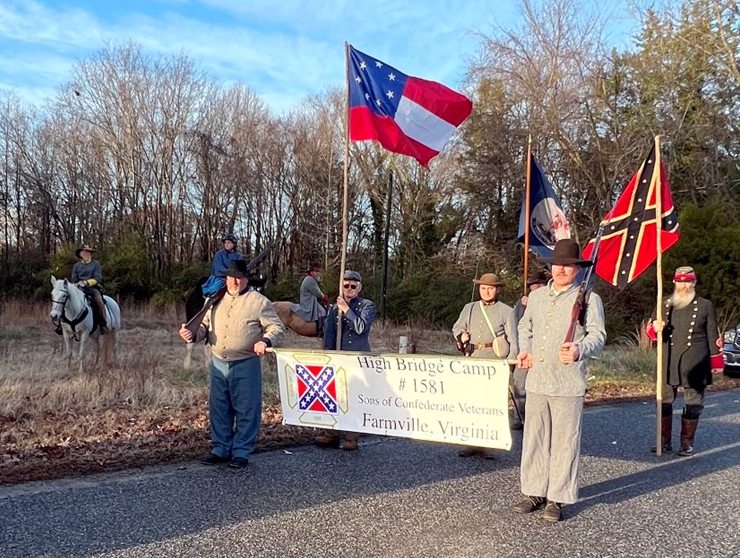 We finished up at the court square and posed for photos in front of the Confederate monument. Unlike most places, Amelia still has its statue. A local resident told me that the Board of Supervisors had been planning to have the statue taken down, but a large number of people showed up at the board meeting and vociferously objected to the idea.

So Amelia Court House, unlike Farmville, still has its sentinel guarding it.

37 thoughts on “Requiem for a Culture, Part 4: The Amelia Christmas Parade”