The German health authorities have finally realized the uselessness of the experimental mRNA treatment intended to mitigate the effects of infection with the Wuhan Coronavirus, and will not renew the “vaccine” mandate. Everyone else reached the same conclusion a year and a half ago, but the wheels of God grind slowly.

Lauterbach: Vaccination does not protect against infection — vaccination obligation no longer applies

The Minister of Health is re-evaluating the vaccines with consequences for the institution-related vaccination mandate. Critics have been complaining about this for months. 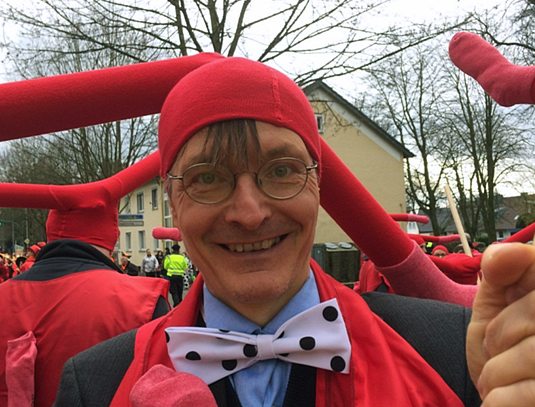 The Minister of Health adds that the “new variants” of the coronavirus in particular “cannot be detected” by the current vaccine. “That means you can still get infected, which will probably also apply to the BQ1.1 variant.”

The BQ1.1 variant is an Omicron subvariant and is considered to be more contagious than the Omicron variant. It is currently spreading in Europe as well as in the USA. The Federal Ministry of Health (BMG) justifies the expiry of the vaccination requirement for this new variant: “We expect that variant BQ1.1 or similar variants will dominate the infection process at the turn of the year,” said a spokesman for the BMG. However, the vaccination does not protect against infection with the variant.

As recently as two weeks ago, on November 8th, Lauterbach tweeted that the current vaccines would also work well with new variants. However, our Minister of Health does not see any reason to do without the injections entirely. According to him, the vaccination would still provide “very good” protection against serious illness. He has no qualms about voluntary vaccination.

Critics have been complaining for months that there are not enough reasons for compulsory vaccination.

In October of 2022, the state health ministers of Saxony, Bavaria, Thuringia and the Baden-Württemberg department head wrote a letter to the Federal Health Minister against an extension of the vaccination requirement. They feared that compulsory vaccination would exacerbate the lack of staff in the healthcare system.

Another argument was that the Omicron variant led to severe courses less often than the previous Delta. Critics judged an extension of compulsory vaccinations in the healthcare system to be disproportionate.

In an application against compulsory vaccination, the AfD [Alternative für Deutschland, Alternative for Germany] argues: “The vaccines currently used against COVID-19 can protect the vaccinated person from severe courses, but they can no longer reliably rule out infection of the vaccinated person or the transmission of the pathogens to third parties, i.e. the patients.”

Obligation to vaccinate since Omicron

The immunologist Carsten Watzl told ZDF that the basis for compulsory vaccination had long since ceased to apply. According to the doctor, nothing has changed since the prevailing Omicron variant.

According to the CEO of the German Hospital Society, Gerald Gas, it is now known that the vaccines protect against severe courses, but no longer prevent transmission since Omicron. “This means that such a serious intervention in self-determination would no longer be justified.”

How many severe courses are actually caused by Omicron and how a detailed risk-benefit analysis takes place considering possible damage to health and side effects was not mentioned.

When will humanity finally wake up to facts instead of dealing with donkey manure, which only serves to distract people from the real thing? The thing is, that they have been telling us, and even have been writing it down, for DECADES of what their plans and aims are. Just because most people do not want to listen or read, doesn’t mean it isn’t happening. They’d rather attack you as a “conspiracy theorist” than to face the truth.