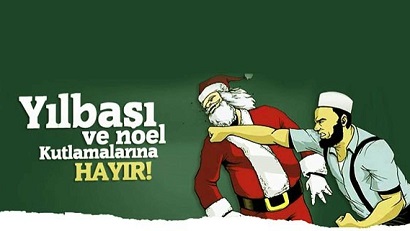 In order to stop Russian aggression and save the planet, German citizens are being asked to make major sacrifices, including doing without their Christmas lights.

The home-made energy crisis is THE opportunity for all leftists to finally abolish German traditions. And this organization is of course at the forefront: In view of the energy crisis, the German Environmental Aid Agency is calling for Christmas lights to be dispensed with.

“This winter it should be a matter of course that both the Christmas lights in cities and those in houses and apartments will be dispensed with,” said Federal Managing Director Jürgen Resch to the “Redaktionsnetzwerk Deutschland”. In view of the war in Ukraine, the energy shortage, but also for reasons of climate protection, one should “pause for a moment”.

He proposed a lighting limit of one tree per city and municipality. “Consciously doing without here, saving and showing solidarity could even make this Christmas season a very special one.”

What a nasty cynic. Next it will be claimed that the felled Christmas trees are driving the deaths of rainforests, that Santa Claus should undergo a sex change and that Christmas sales increase hunger in Africa and, for reasons of solidarity, these gifts should be shipped across the Mediterranean.

The only thing you could wish for for Christmas this year — if you had something like environmental awareness, would be the ban on the “Deutsche Umwelthilfe”. Resch could then get a new job as Santa Claus.

Our municipality here in South Africa stopped the Christmas decorations several years ago to “save” electricity. How much electricity do these LED lights take? Not much, in my experience, since I’ve been using them for years already and noticed a massive drop in my electricity consumption in comparison to the old light bulbs.

Needless to say, the village looks like an abandoned graveyard during the Christmas season. No more Christmas Market under the festive lights now either; it has been abandoned, since part of the “spirit” has been spirited away in good old Marxist tradition.