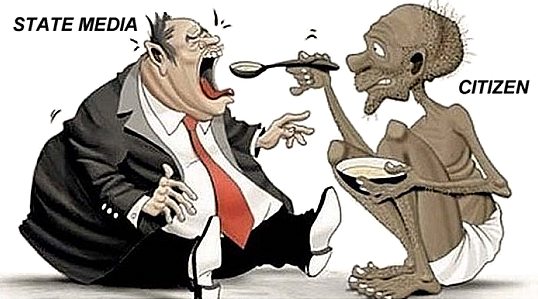 The Commission for Determining the Financial Needs of Broadcasters (KEF) has not ruled out a further increase in the contributions for ARD and ZDF [state broadcasters]. “The amount of the license fee is primarily determined by the mandate. If you extrapolate the cost development in view of the current inflation rate, it is no surprise that the contributions could rise nominally,” said KEF boss Martin Detzel of the FAZ. This is true even when considering the potential for savings.

According to the economist, broadcasting fees have been below inflation rates in recent years. In addition, digitization sometimes causes higher costs. “And of course the employees are also entitled to appropriate remuneration,” he said.

The GEZ contribution is currently €18.36 (per month). During the Corona pandemic and the outbreak of the Ukraine war, the importance of public broadcasters had grown. “This is also reflected in the increase in the information available and the number of users,” emphasized Detzel.

As early as February 2020, the KEF recommended increasing the license fee. After a lengthy dispute last summer, it was raised from €17.50 to €18.36. The government in Saxony-Anhalt initially vetoed it. The Federal Constitutional Court later objected to the blocked increase by the state.

While many citizens are pondering how they can make ends meet due to rising energy, fuel and food costs, the course for increasing the compulsory subscription is already being set up in the background. After all, the lavish pension payments and dream salaries of the Champagne Media have to be financed and secured somehow.

Increase in the range of information? It’s more like a steady stream of one-sided propaganda delivered to the living room for the sleeping sheep to consume and continue to be lulled into a enfolding nightmare dressed as a sweet dream.