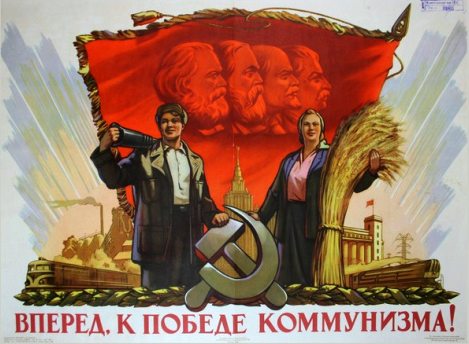 We all know that true communism has never been tried. Well, the Young Socialists of Munich mean to do it properly. They plan to begin by expropriating the supermarkets to make them “democratic”.

Many thanks to Hellequin GB for translating this editorial from Bild:

“It worked out really well in the DDR,” critics comment

Munich — free market economy? Not in the supermarket. Munich’s Jusos called for “the socialization of supermarkets” by unanimous decision. Especially those of the companies Aldi and Lidl.

Juso boss Benedict Lang wrote on “Twitter”: The food supply must be “democratized”. There must be an end to “unfair production and working conditions”. The aim: “to decide together” which food is to be produced, how and at what price it is offered.

That brings back memories…

Do all social democrats see it that way? SPD [social democrats] parliamentary group leader Anne Hübner (43) said when asked that one could “of course argue” about the Jusos proposal. But the discussion about expensive food is correct. That’s not a clear demarcation.

Munich’s SPD boss Christian Köning — himself ex-Juso boss — to BILD: “This is not a decision by the Munich SPD and I can’t imagine that the SPD would decide that.” But Köning also says: The idea “doesn’t have to be implemented immediately”.

Köning continues: “While many supermarkets used to be organized as cooperatives, today there is undeniably a concentration among fewer owners, e.g. the founding families of Aldi or Lidl, some of whom make very large profits. The individual supermarket operator at Rewe or Edeka is certainly not one of them.” Köning’s wife Seija Knorr-Köning (28) sees the whole thing in less detail. The ex-Bundestag candidate for the SPD enthusiastically tweeted: “Let’s socialize supermarkets!”

Criticism was not long in coming — including from within his own party. Ex-SPD member of the Bundestag Florian Post (40) tweeted: Do the Munich Jusos really have so little brain?! Why don’t they go over to the KPD [Communist Party] as a group?”

“It also worked really well in the DDR,” comments the CDU politician Sebastian Steineke (48) on the ideas. The FDP member of the Bundestag Daniel Föst (45) says clearly: “This is such incredible nonsense that you don’t even know where to start.”