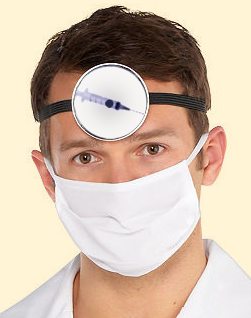 More and more doctors are getting out: Only every third practice still offers COVID-19 vaccinations

Corona vaccination: 37,000 of the former 70,000 medical practices involved have now dropped out of the campaign. According to the KBV (National Association of Statutory Health Insurance Physicians), this is probably due to the high vaccination rate. The so-called booster injections are now on the agenda. Are there also increasing doubts about effectiveness and safety?

Vaccination alone is the way out of the pandemic. The media, institutions and politics have been showering the population in Germany with this slogan for ten months. This is justified with an alleged consensus “of science” about good effectiveness and high safety of the vaccine.

But not only do some scientists see it differently. More and more doctors also seem to doubt the effectiveness and safety of the four conditionally approved vaccines against the SARS-CoV-2 coronavirus. While you can “pick up” for yourself a tetanus or flu vaccination from almost any doctor, currently only every third practice offers the Corona vaccination. More than half of the family and specialist practices that were initially involved have now withdrawn from the campaign.

This was announced by Roland Stahl, spokesman for the National Association of Statutory Health Insurance Physicians (KBV), at the request of the author. According to him, there are 55,000 general practitioners and 45,000 specialist practices nationwide who were invited to take part in the vaccination marathon. “At the height of the vaccination campaign in summer, over 70,000 practices took part,” said Stahl looking back. Today only around 33,000 doctors vaccinate; the rest have left the program.

That means: since summer around 37,000 of the formerly over 70,000 doctors have dropped out of the vaccination campaign, i.e. more than half. KBV spokesman Stahl puts this down to the high vaccination rate. “A large part of the population is now fully vaccinated, or only a second vaccination is missing,” he said. Many of the practices would probably have largely vaccinated their patients and therefore stopped vaccinating.

In addition, there are “a few doctors” who had already thrown in the towel in the spring because of “initial delivery problems with the vaccines,” said Stahl. It was not until around June, at the beginning of the summer vacation, that enough vaccines were available for everyone, he noted. However, the KBV does not have precise figures on this.

Twice as much fee as for flu vaccinations

However, the number of vaccinating doctors had already dropped significantly in the summer. As Die Welt had reported, 23,000 practices had already dropped out on August 15, i.e. almost a third of those involved. Accordingly, the vaccine orders have been falling since June. In Thuringia, according to an MDR report , half of the doctors no longer took part as of mid-August. According to the broadcaster, this is mainly due to the fact that several doses have to be obtained from one ampoule. That made planning difficult.

Another reason could be the fee. In Fulda in East Hesse, for example, according to a report, several general practitioners now complained that the remuneration for injections against COVID-19 was too low, although this entails more bureaucracy and effort than, for example, the flu vaccination. According to the KBV , they get 20 euros for each “jab”. For a home visit there is an additional 15 euros per skilled worker. A vaccination consultation without a syringe brings in a tenner. For comparison: Doctors receive 9.43 euros for a vaccination against the flu.

Doctors complained about the critical data situation and many side effects

In fact, there are doctors who stopped the vaccinations because of serious safety concerns. A general practitioner from Bad Münstereifel in North Rhine-Westphalia, for example, explains on his website that at the beginning they tried very carefully to establish the indications after weighing up individual risks. However:

“After another review of the available data so far […] and the empirical values gained on our part, we have […] decided to temporarily end the vaccination campaign in our practice.”

According to his team, “the data on all COVID-19 vaccines are not very convincing”. The doctor reported “extremely heterogeneous or unsystematic findings” in the immune reactions, “which in part unsettle and even frighten us”. After more than 600 vaccinations were carried out, his practice has therefore stopped.

A Stuttgart doctor* reported serious side effects in mid-August . In a statement to his patients, which has since disappeared from his website as well as any reference to COVID-19 vaccinations, he stated that he would no longer offer vaccinations “for medical reasons”. In his opinion, the vaccines are only useful for particularly vulnerable people such as “seriously ill or old patients”. For everyone else, however, the disease is probably less dangerous than the vaccination. In his practice, the new vaccines showed accordingly “a side effect profile that we would not have tolerated as doctors at any other time”.

Almost every day the doctor saw young patients with severe symptoms after the injection, such as fever, pain, nausea, rashes, lymph node swelling, sensory disturbances and autoimmune diseases. He also had to admit vaccinated people to the clinic.

After the exit: Do doctors keep silent for fear of repression?

At first glance, doubting doctors seem to be rare isolated cases. But it is very likely that there are a relevant number of unreported cases. However, many seem to be silent — apparently also out of fear, as Die Welt speculated in mid-September . Accordingly, doctors fear not only a media s*** storm or criticism from patients, but sometimes even state repression. This is one of the reasons why the Stuttgart doctor took his message from the website, according to Die Welt.

The fears are probably not entirely unfounded. At the beginning of October, for example , a local newspaper reported on a general practitioner from Sulingen in Lower Saxony who refused to vaccinate his patients against COVID-19. The health risks from this vaccine are too high for him, he justified his decision to the newspaper and cited “publicly available sources”. He also emphasized that vaccination against other diseases was a matter of course.

From a purely legal point of view, a doctor does not have to vaccinate because he practices a freelance profession, said Detlef Haffke, spokesman for the Lower Saxony Association of Statutory Health Insurance Physicians (KNV), to the newspaper. Then, however, he restricted it: “Real vaccination refusers” think differently. Haffke said: “If it is actually ideological refusal to vaccinate, a so-called Corona denier, this can have consequences under professional law.” The Lower Saxony Medical Association takes care of these. One may certainly ask the question: Which statements exactly make a medical professional a “Corona denier” in the eyes of the chambers?

Campaign for “Booster” is running

There is also the question of why doctors should drop out of the campaign if they have vaccinated the majority of their patients twice. According to vaccination monitoring by the Robert Koch Institute (RKI), as of October 21, 72.1 percent of 18- to 59-year-olds and 84.9 percent of over 60-year-olds had been vaccinated twice across Germany. For the 12- to 17-year-olds it was just under 40 percent. The vaccination rates in the federal states fluctuate considerably, with adults altogether between 65.4 percent in Saxony and almost 90 percent in Bremen. So there are still millions of people not vaccinated.

In addition, the federal government and various leading media are already pushing for the third, a so-called booster vaccination. At the beginning of October, the Standing Vaccination Commission (STIKO) at the RKI recommended this refresher for people over the age of 70.

The Tagesschau recently wondered whether it was going too slowly. But are the general practitioners particularly in demand after the closure of many vaccination centers? According to the RKI, 1.43 million people in Germany had been vaccinated for the third time by October 21.

And last but not least, many a family doctor may also question the effectiveness of the COVID-19 vaccine, not entirely unfounded. In its latest weekly report , the RKI counted 57 percent of symptomatic COVID-19 cases as so-called vaccination breakthroughs in the past four weeks between September 20 and October 17 in the age group over 60. That means: The second vaccination was at least 14 days ago when the test was positive. In all adults taken together, it recorded almost 41,000 of around 107,000 cases of infection, i.e. 38 percent, as a breakthrough vaccination.

The number of double vaccinations in hospital also continued to rise. In the over-60s, a good 42 percent of COVID-19 patients in clinics were double-vaccinated. For all adults together, this rate was just over 30 percent. That means in figures: Almost 4,000 of the COVID-19 patients in hospitals had not been vaccinated, only once or only recently for the second time, around 1,750 patients were considered “completely immunized”. In the four-week period before that, i.e. from mid-August to mid-September, the RKI gave the so-called breakthrough rate here at twelve percent.

The RKI presents an even more drastic picture of those who died of or with COVID-19: Accordingly, in the age group 60 plus 41.4 percent died despite “complete immune protection” in connection with a proven coronavirus.

Overall, around 40 percent of the “Corona deaths” were of the completely vaccinated between mid-September and mid-October — in figures: According to the RKI, 332 deaths had no or incomplete vaccination protection; 216 deaths were considered a breakthrough in vaccination. In the four weeks before that, the institute counted almost 23 percent of these deceased as breakthroughs in vaccination. Accordingly, it can be assumed that the vaccination does not protect against severe courses for a particularly long time.

Experience with presumed side effects, rapidly decreasing protective effect: In addition to the vaccination quota, the bureaucracy and criticism of the remuneration, this may well play a role in the withdrawal from the vaccination campaign by more than 50 percent of medical practices.