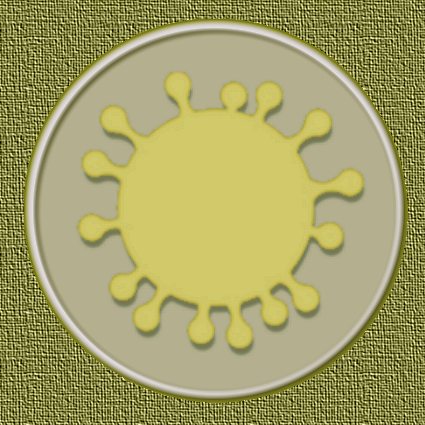 Rumors of detention facilities for COVID-positive citizens first emerged in Canada a few months ago, when the federal government solicited bids from private contractors for setting up and managing such establishments. More recently, a bill was submitted in the New York State legislature that would mandate detention camps for citizens whom the governor decides pose a danger of contagion.

Now Germany is establishing facilities for people who refuse to quarantine when ordered. The video below concerns one such facility in Dresden. It made me wonder whether the German authorities will honor their ethnic traditions by requiring residents of Corona camps to wear a stylized yellow COVID patch on their sleeves.

Hellequin GB has translated two articles about the COVID detention centers being established in Germany. First, from Norddeutscher Rundfunk, the public broadcaster for northern Germany, concerning plans for Schleswig-Holstein:

Corona: those who refuse to quarantine will be forcibly committed

Anyone who has to be quarantined because of the corona pandemic and refuses to comply with the rules may soon come to a facility in Schleswig-Holstein to isolate those who refuse to quarantine. In extreme cases, those affected will be forcibly committed to a central facility in the country — which is located on the grounds of the Moltsfelde youth detention center in Neumünster.

According to the Schleswig-Holstein County Association, the site could be ready for use in the second half of January, but no later than the beginning of February. People from all districts and municipalities are to be accommodated here. When the operation will commence is still open.

This affects people who show with their behavior that they are not adhering to a quarantine order and thus may pose a risk of infection for other people, according to the district association. The accommodation takes place according to a judicial decision at the request of the municipal health department. According to the county council, there must have been numerous other measures beforehand, such as addressing the threats. Isolation in a locked facility is the final step. Since the beginning of the pandemic, there have been a handful of quarantine objectors in every district and municipality.

Pensioners from the prison service will be responsible

The accommodation on the grounds of the youth detention center is to take place in an area that is currently not in use. The transport and care are to be taken over by pensioners who previously worked as prison officers. Initially there will be three rooms.

The second article, also from Norddeutscher Rundfunk, concerns other German states where detention facilities are being established:

Corona in Mecklenburg Vorpommern: No forced admission for quarantine breakers

According to Health Minister Glawe, no compulsory admission for quarantine breakers is planned in Mecklenburg Vorpommern. Other federal states are already planning detention for people who refuse to take the corona protective measures. The majority of the people in Mecklenburg Vorpommern adhere to the rules, said Health Minister Harry Glawe (CDU) on Sunday to NDR 1 Radio MV. A compulsory admission is theoretically possible through the Infection Protection Act.

Quarantine breakers mean people who are sent into quarantine because they are infectious, and do not adhere to it, but instead use their behavior to ensure that even more people become infected. As the newspaper Welt am Sonntag reports, central facilities are to be created in Baden-Württemberg, for example. Schleswig-Holstein, Berlin and Brandenburg are already dealing with the topic. However, a forced placement can only be given by a judge’s order. So far, no case has been acknowledged in Mecklenburg Vorpommern.

In Saxony, a facility for quarantine refuseniks is to begin operating soon. Saxon Health Minister Petra Köpping (SPD) made it clear back in the spring of 2020 that such a coercive measure was only a very last resort. In Baden-Württemberg, places are currently being created in two clinics for those who refuse to see the need to quarantine. These places would be permanently monitored by a security service, said a spokesman for the Ministry of Health in Stuttgart. It is not a punitive measure, but a measure of infection protection.

In Schleswig-Holstein, according to Welt am Sonntag, “accommodations” are planned on the grounds of the Moltsfelde youth detention center. A facility operated by the Rendsburg-Eckernförde district is being built there, it said, citing the district council. The other states have no central facilities, according to the newspaper.

Bavaria’s Ministry of Health has announced that it is usually possible to persuade citizens to give in by indicating “forced isolations and fines”. As a last resort, local authorities retain the means for forced admissions.

15 thoughts on “Make Sure They Wear the COVID Patch”