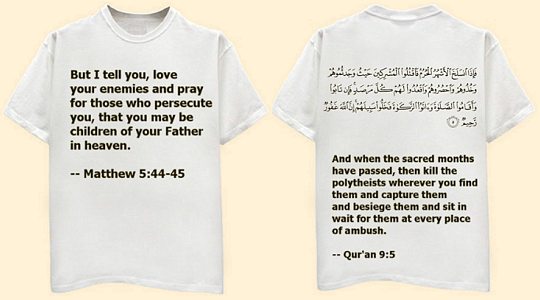 Quite frankly, to an adventure-seeker,
Jesus was boring.
Look at the things he did NOT do.
After all, he did not:
have a favourite sword called “Neck-Cleaver”,
make dawn raids on unsuspecting villages,
take prisoners,
demand ransom money,
take booty,
behead anyone, let alone 600 in a day,
kill anyone, or take part in stoning people,
have a fire lit on a captive’s chest
to make him say where the money was,
have men’s feet and hands cut off,
their eyes put out with hot nails and leave
them to die on hot desert rocks without water,
order the stoning of an adulterous woman,
authorise his followers to kill critics,
authorise his followers to lie and deceive,
order the house-burning of absent
assembly attendees with them inside,
command his followers to kill
members of other religions,
own black slaves, and trade them,
take girls captive as sex slaves,
consummate marriage with a nine-year-old,
have eleven wives,

marry his daughter-in-law,
drink camel urine, or claim health benefit for it,
order dogs to be killed,
turn red with anger at a curtain
with pictures of animals on it, and tear it down,
say that killing lizards brings benefits in the afterlife,
say that one wing of a fly has the antidote
to the poison on the other wing,
say that the sun sets in a muddy pool,
or go for a night ride on a flying donkey.

9 thoughts on “Jesus Was Boring”