The latest word from Sweden indicates that the massive bomb that exploded in Östermalm early yesterday morning wasn’t just the work of boisterous “youths” playing with IEDs: it may have been intended to silence a snitch.

Many thanks to LN for translating this article from Nyheter Idag, and to FouseSquawk for assistance with the nuances of the translation:

The purpose of the blast at a property on Gyllenstiernsgatan in central Stockholm may have been to silence witnesses. An investigator with a background in the real estate industry in Östermalm tells Nyheter Idag that there may have been an apartment intended for witness protection at the location where the detonation took place. “We do not comment on anything concerning witness protection. It’s multiply sensitive,” Criminal Investigations Commissioner Gunnar Appelgren told Nyheter Idag. 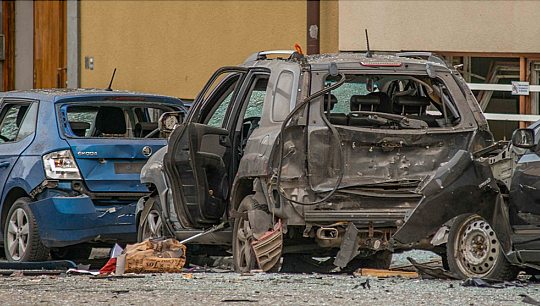 People who are important witnesses for an impending trial can be offered so-called witness protection. It is a measure to prevent witnesses from being intimidated or threatened. On the police website, the protection is called “the special personal safety program” and is “the most comprehensive safeguard measure”.

One of the measures to protect witnesses is to offer special accommodations while there is a threat.

An investigator with a background in the real estate industry in Östermalm tells Nyheter Idag that there was such a residence at the place where the detonation took place.

“There is whispered talk about it among those familiar with the investigation. It does not feel good to place such accommodation next to a school,” says the source in Östermalm.

Nyheter Idag spoke to Criminal Investigations Commissioner Gunnar Appelgren. He works every day to fight serious crime within the framework of the police initiative “Mareld”. In the past he was also head of the special personal security, and thus has great knowledge about police procedures for judicial witness protection.

According to Appelgren, it is in practice impossible to have such a case confirmed by the Police Authority, whether the information is correct or not.

“We do not comment on anything concerning witness protection. It’s multiply-sensitive,” he says.

Nyheter Idag also asked the same question of the police press spokesman Anders Bryngelsson, and he also explains that he cannot answer whether there was an accommodation for witness protection where the detonation took place.

In general, the investigation is at an early stage and the police are stingy with the information they provide.

“We have a security operation with staff on-site. The detonation occurred outside the entrance,” he says.

“Because of the ongoing preliminary investigation, there is nothing we can talk about at the moment.”

Photos from the site where the explosion occurred show extensive damage to a property where the entire door into a staircase was blown out. Furthermore, apartment doors with their entire frames were pushed in, windows were blown out up to the top floor, and cars on the street outside were heavily damaged.

There is no indication that anyone was seriously injured in the incident. The police classify the case as a general destruction.

3 thoughts on “So Much for Witness Protection”