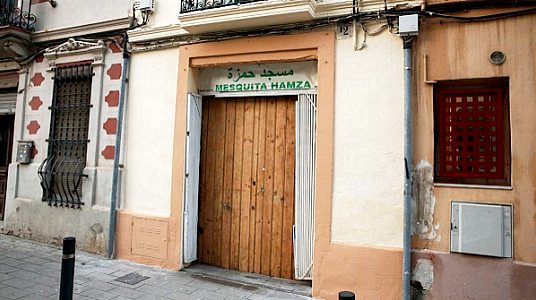 The following article describes the sexual predations of two “Catalonian” imams on minor children who were placed in their charge for Koran lessons. The graphic details of their abuse have been placed below the jump; readers who are sensitive to such descriptions are advised not to “Read More”.

Many thanks to Pampasnasturtium for translating this article from the Catalonian daily El Periódico de Catalunya:

Court decision: An imam from Barcelona to be prosecuted for sexual assault against a minor

[Photo caption: Court of Instruction No. 16 of Barcelona is prosecuting an imam of the Catalan capital city for an alleged sexual assault against a 13-year-old (male) child.]

A Barcelona court is prosecuting the imam Abdeslam E. J. for the alleged sexual assault of a minor, whom he was even able to penetrate anally, according to the order of committal to trial that El Periódico has had access to. The accused allegedly committed the crime when he was acting in a religious role in the Hamza Mosque, on Almenara Alta Street of the Catalan capital. [Translator’s note: Name of the street corrected from the original.] This center appears as the responsible civil subsidiary. The attorney must now present his indictment.

The head of the Court of Instruction No. 16 of Barcelona, Jaime Conejo Heredia, maintains in the order of committal to trial that ‘from the practiced proceedings reasonable indications obtain’ to suppose that on the 30th of April of 2017, after having tried in two opportunities an anal penetration on a 13-year-old minor, on a third attempt he grabbed him strongly by the collar bone, lowered his [the victim’s] pants and achieved, finally, his intention. The public accusation details that this action may have been repeated afterwards, taking advantage of the visit that the teenager paid to the mosque to study the Koran. Days after that, on the 13th of July, the victim told his parents what had been happening.

Sequels of all types

Afterwards the boy underwent an examination by a forensic doctor. The specialist did not detect any injury to the genital and anal areas, but instead an oval-shaped bruise (hematoma) on one buttock which was several days old, as well as pain when feeling his neck, certain areas of the back and testicles. According to what the order of committal to trial states, ‘psycho-physical sequels are confirmed’ on the minor, as he presents difficulties in expressing his feelings (‘with the aim of protecting his parents’) and the possible existence of frustration in the face of difficulties in concentrating. This situation, stresses the resolution, has consequences for the practice of certain activities. Due to these symptoms, the boy is undergoing therapy in the Vicki Bernadet Foundation, an association specialized in the support for victims of sexual crimes.

The judge emphasizes that the events may be summarized as alleged crime of a sexual nature against a minor, as, initially, there are signs that the victim was raped. The sentence the imam might face varies between six and twelve years in jail. The magistrate rules that the accused be set a civil-type bail of €3,000 to cover an eventual compensation for the victim.

The imam’s lawyer, Álvaro Machado, has explained to this newspaper that this ‘is a complex case by itself due to the intimate setting of the events reported’, although, he specified, his client ‘maintains his innocence, which will be defended with the existing evidence’. The lawyer is waiting for the prosecutor to present his indictment. The case has been in Barcelona’s Court of Appeals since last February.

Another case in Vitoria [Basque Country]

It’s not the first time an imam has sat on the accused chair for a sexual crime. A spiritual leader of a mosque in Vitoria was sentenced in June 2018 to four years in jail for sexually abusing two little girls aged 12 and 13. One of them, just like the Barcelona victim, was learning the Koran in her classes.

That conviction detailed two episodes. The first one happened during the two days of a weekend in February 2016 during Arabic and Koran-reading classes in the mosque, where the accused had acted as spiritual guide. The imam, taking advantage of his condition as a teacher, fondled one of the girls on her private parts. A month later, according to the court sentence, the imam came across the minor and a [female] friend in the area of the center. He suggested them to go with him to his house with the excuse of visiting his wife who was ill. The little girls refused and he took directly to touching them ‘with the intention of gaining sexual satisfaction without having their consent’.

2 thoughts on “Damage to Catalonia”