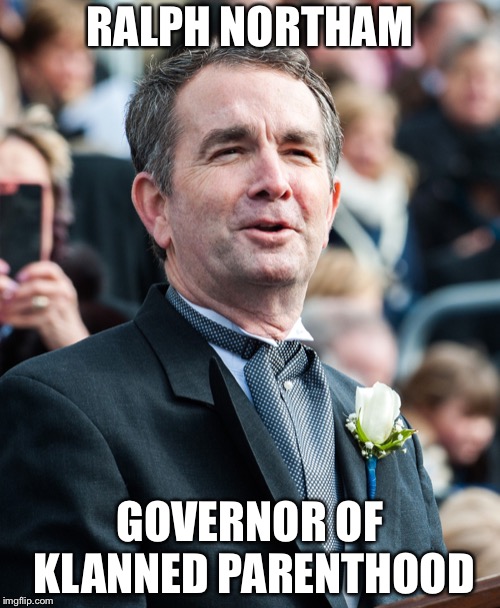 The latest on the Minstrel Show in Richmond:

The Virginia Legislative Black Caucus has called on Lieutenant Governor Justin Fairfax to resign. They were one of the last holdouts in the Democrat Party still supporting the lieutenant governor, so Mr. Fairfax basically has no political supporters left. That alone should seal his fate, but the Democrats in the House of Delegates are also preparing articles of impeachment against him if he doesn’t resign by tomorrow, as they have demanded.

As for Governor Coonman, he’s still hanging in there. He’s vowed to leave the party and become an independent if necessary, in order to hold onto his office. However, the NAACP has now called on him to resign because of the WAYCIST picture in his med school yearbook, so his position is getting shakier.

The main protection for the governor is the fact that Attorney General Mark Herring is also admittedly guilty of wearing blackface, which means that he, too, would have to resign. The imminent fall of the lieutenant governor means that the last man standing in the chain of succession would then be Speaker of the House of Delegates Kirk Cox, who is not only white, but — gasp! — a Republican. He would become the interim governor, pending a special election. So my bet is that the Democrats will allow Northam to hang in there as a vestigial figurehead, devoid of any real political power.

But who knows? The whole mess has attained its own momentum, with its own internal dynamics, so anything can happen.

I must go pop another big bowl of popcorn — this farce may go on for quite a while longer.

Thanks to Nash Montana for the meme pic.

5 thoughts on “Ain’t Nobody Here But Us Chickens”