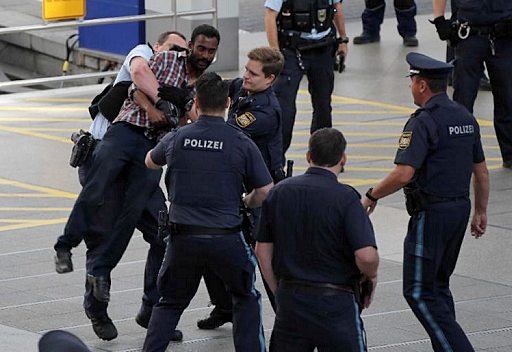 Germany: Move On, Nothing to See Here

Munich — Tuesday morning, between all the commuters and tourists, a man with a knife prompted a police operation inside the main train station. This isn’t anything special anymore, it is the new German normal. Someone who just happened to be there wrote on Facebook,

“Crazy, all the tourists were panicking, and the Germans were totally ignoring it like nothing was going on.”

Germany has seen a recent surge in violent crime and in knife violence, a discipline not long ago practically unknown to Germans.

For the first time ever, “due to the increase of the intensity of violence”, Berlin police just issued a total ban on carrying any dangerous objects on the subway between 8pm and 6 in the morning. Normally, you can carry small knives like Swiss army knives, and pepper spray.

8 thoughts on “Germany: Move On, Nothing to See Here”