The article below prompted Vlad to say, “The insurance on Christmas markets must be getting quite high.” As the discussion continued on skype, Egri Nök confirmed it: “A lot of small markets have cancelled here, because no one can afford the insurance and security.” Vlad replied: “This is an exceptionally important fact. It HAS to be brought to everyone’s attention. It is the REASON for terrorism, and the consequence of not taking it on.”

The report below by Egri was published earlier today at Vlad Tepes in a slightly different form. 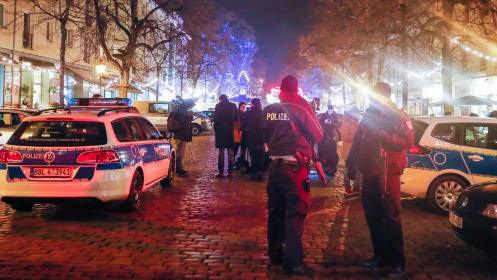 This is breaking news.

An original translation from Focus:

On suspicion of explosives or arson, a major police operation is underway at the Christmas market in Brandenburg Street in Potsdam. Police officers have identified a suspicious object in Dortustraße.