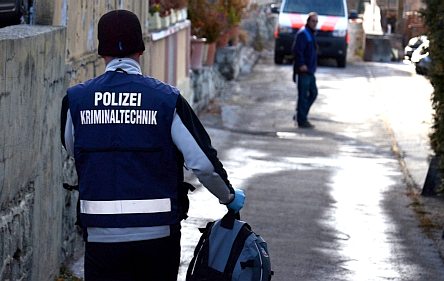 We reported yesterday on a knife attack against people who were on their way to Christmas Day Mass at Longeborgne in Switzerland. The attacker was alleged to be a Muslim.

According to later reports, a body was found in a river near the site of the attack, and the dead person was related to one of the victims. He is thought to have committed suicide.

It’s important to note that the Muslim angle has neither been confirmed not refuted by the later reports. So stay tuned.

Many thanks to Ava Lon for translating this article from Le Nouvelliste, a French-language news site in the canton of Valais:

After the assault on three people in Bramois and the mysterious death of a fourth man found in the river, the perimeter of Longeborgne is still closed on Monday for the purposes of the investigation.

A mystery still shrouds the case that shook the hermitage of Longeborgne this Christmas Sunday. Three people were stabbed, including one seriously, and a fourth man was found man in the river bed, and may be the aggressor. It has since been established that he and the person seriously injured are related. Attorney General Nicolas Dubuis assured us on Sunday night that there were “no potentially dangerous people at large.” That would suggest suicide.

This Monday the area is still closed of by the police, and investigators from the forensic police are on the scene. The area was nonetheless provisionally open for morning Mass, according to several witnesses. At the beginning of the road that leads to the Longeborgne, consternation and incomprehension prevail. No one here knows what exactly happened Sunday midway between the hermitage and the Café des Pèlerins.

“I saw a lady who was bleeding, accompanied by a couple; at first I thought that she had fallen before seeing the police arrive, and then I understood that there had been an assault,” says the owner of the coffee shop. And she confesses that she does not know anything about the identity of the victims or the facts, she simply hopes that “this drama will not weigh too much on the magical place of Longeborgne.”

Interviewed Monday by the 19:30 show on RTS [Radio Télévision Suisse, Swiss public broadcaster], Fr. Francois Huot, rector of the Hermitage, indicated to have taken care of the wounded septuagenarian, “a regular” of the place: “He was bleeding so much from his cheek, and he told us that there was someone who was stopping people, massacring them, so to speak, attacking them so that they would not be able to climb [the road].”