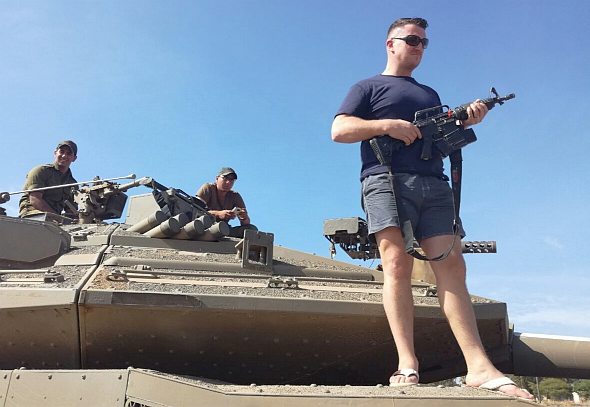 For the last four days Tommy Robinson — the former leader of the English Defence League and now the leader of PEGIDA UK — has been on a field trip to Israel. He’s been traveling around to various places of interest, including the Golan Heights, which is where the above photo was taken. He and his traveling companions happened to encounter a couple of IDF tanks on patrol, and Tommy — with his usual cheerful persuasiveness — managed to convince the soldiers to let him stand on a tank.

Tommy has been having a field day posting photos on Twitter. When the British press saw him with — horrors! — a WEAPON in his hand, they went berserk. Now they’re calling him a terrorist and whatnot, and want Her Majesty’s government to do something to stop this dangerous right-wing extremist. 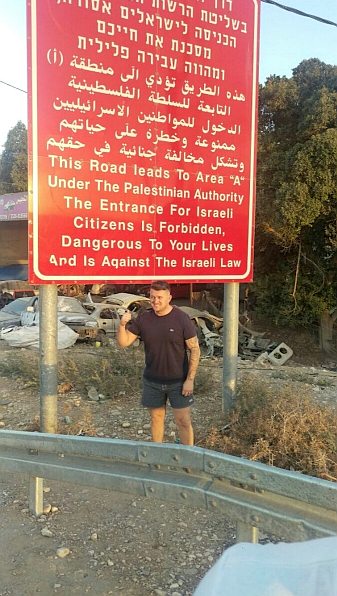 KGS of Tundra Tabloids has been traveling around with Tommy (I believe he took the photos, but I’m not certain). Check out his website for multiple posts and many more photos, along with brief accounts of their itinerary.