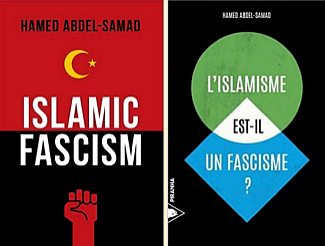 Hamed Abdel-Samad is an Egyptian-German writer and an apostate from Islam. He lives under a death fatwa for his acerbic writings about his former religion.

In the following account from Die Achse des Guten, Mr. Abdel-Samad describes the cancellation of the French edition of his latest book, à la Salman Rushdie, out of fear of Islamic reprisals.

The French publisher Piranha Edition bought the rights to my book Islamic Fascism two years ago. The publication of the book was scheduled for September of this year. It had already being advertised on amazon.fr. First, the publisher changed the title from “Islamic Fascism” to “Is Islamism some sort of Fascism?” in order not to polarize unnecessarily. But after the attack in Nice, the publisher decided to not publish it at all, because, as he wrote to me in an email, the consequences for the publishing house could be deadly; the publishing house could not ensure safety. There could be another attack like the one on Charlie Hebdo.

If the publisher had ended his email at this point, I would have been able to sympathize, as it is about life and death indeed, and I cannot demand of others to take the same risks that I take with my books.

But then he brought forth his second argument, why a publication at this point of time was not possible. The book could be grist for the mills of the right in France. Two years ago when the publisher purchased the right to the book these rightists did not exist in France!! [I suspect he is being ironic here? — translator]. They could not prevent the Islamists in France from publishing books and making them available in the mosques!

This is how far we have come in Europe. A publisher bows to the intimidation tactics of the Islamists. It was not long ago that this publisher wrote “Je suis Charlie”. Today he writes: “I am scared of becoming Charlie.” What is worse is that he is trying to make a virtue out of necessity, and calls his decision “prudent”. I call it preemptive obedience and self-abandonment!

Those crocodiles which you are feeding now, hoping that they won’t eat you, will disassemble you, too, in the end. Voltaire would turn over in his grave, if he knew what understanding of tolerance and freedom of opinion creative artists in his country have, 230 years after his death!

21 thoughts on “Yet Another French Surrender”