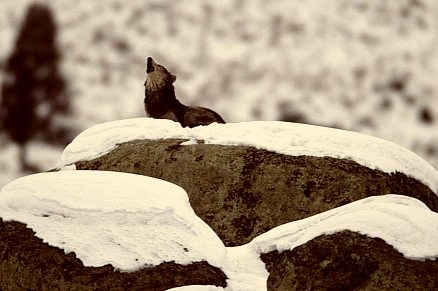 We’re rolling up towards the end of our fundraising week — just this weekend left to go, and then we’re done with our exhortations to our readers to make the tip cup clink and help keep the lights on at Gates of Vienna.

The last couple of days have seen quite a few new donors from out West. I strongly suspect that most of them were prompted by WRSA to come over here — they’re from Red States in the heartland of the USA, just like the Second Amendment people that read WRSA every day. In any case, thanks to all of you! Lots and lots of modest donations really add up, you know.

The theme of this week’s fundraiser is “Dog Days”, in reference to these oppressive August days we’re enduring right now. At least we are here in the Mid-Atlantic States — it might not be so bad out in Seattle and Vancouver or up in Montreal. And down in Melbourne and Sydney it’s the middle of the winter — which doesn’t sound all that bad right now.

The weather’s been monsoon-like here for weeks. When it’s not raining, it’s hot and steamy. Whenever I venture outside, the insects feast on me like piranha, unless I suit up in advance to thwart them.

Normally I would forgo mowing the lawn during fundraising week — the pace is just too hectic to leave much spare time — but the tropical rainforest outside our front door could no longer be ignored. So last night, in the relative cool of the evening, I suited up and went outside to clear some space in the undergrowth. Everything was so wet that the lawnmower kept clogging up — I had to shut it off repeatedly to clean out the thick tar-like mass that had accumulated around the blade and made the thing inoperable. The sodden green glop, a mixture of chlorophyll and cellulose, plopped out in big steamy piles. It looked like a herbivorous dinothere had dropped a great load of digestive byproducts on our driveway.

Boy, was I glad to come back into the air conditioning.

This kind of dog-days weather makes me think of an old hound dog lying on the porch with his tongue hanging out. I’m aware that the term “Dog Days” originated in antiquity, when the Greeks and Romans associated the brutal summer weather with the early-morning rising of Sirius, the Dog Star. But when I was a kid, I assumed it referred to a hot, panting dog, and the image has stuck with me ever since.

The etymology of the word “dog” is interesting, because it has almost none. It left no record before late Old English (docga), and all the foreign words that contain a version of it were borrowed from English. Its origin is simply unknown.

Like the speakers of other Germanic languages, the English had originally preferred to use “hound”, which is related to hund, hond, and other Germanic variants. Eventually, however, “dog” supplanted the word, and “hound” developed a more specialized meaning, referring to a hunting or tracking dog.

The Germanic hund can be traced all the way back to a common Indo-European root that looks something like kwn, with the voiced guttural version of the “k” later metamorphosing into an “h”. In other languages the “k” remained, giving rise to kuon in Greek and providing us with the word “cynic”. In Latin, through an obscure transformation, it became canis, giving us “canine” and “kennel”.

The other Indo-European languages use words derived from the same root. But for some unknown reason the English settled on “dog”.

The root sense of these composites is that of a companion or follower — someone who follows you or sticks close to your side. Canis familiaris, a part of the family. So it has been since the dim mists of prehistory — the first dog was domesticated thousands of years before any other animal.

The origin of the word is obscure, but what about the animal itself? When did we humans first develop a close rapport with Man’s Best Friend?

Like the word, the origin of the dog itself is also somewhat obscure…

Genetic evidence for the evolution of the dog is a hodge-podge, because so many varieties have cross-bred with one another and hybridized with wolves.

We know that there are two distinct genetic lines, so that the canid that became the domestic dog seems to have been domesticated at least twice in separate locations, with the two breeds eventually overlapping and mixing.

We know that the dog was probably domesticated somewhere between 10,000 and 30,000 years ago, during the Paleolithic, before the last glacial maximum.

Beyond that we can only speculate. But very early in the development of modern humans, dogs were treated almost like fellow human beings: as soon as cemeteries appeared, dogs were buried in them facing in the same direction as the humans, and with grave goods like their masters’.

The most intriguing aspect of the domestication process is neurological. Based on various details of brain functions, it appears that humans and dogs co-evolved. That is, dogs domesticated humans as much as humans domesticated dogs.

30,000 years is a long time, and the human brain has evolved significantly during that period. In the process of domestication, both we and our dogged companions evolved the neural connections and instincts to enable interspecies communication. Dogs instinctively read human faces and body language, but humans also read the same types of signal in dogs. We are attuned to one another.

The relationship between dogs and humans evolved in the tundra of Eurasia during the Ice Age. Both species needed to cooperate among themselves to hunt the large mammals on which they subsisted. The evolution of cooperation between the two species enhanced the survival of both. The brain structures that evolved for those purposes are with us still.

It may even be that modern humans learned some of their cooperative skills from dog packs. Did we see dogs sharing among themselves, and adopt the same behaviors? Was human friendship modeled on the observed loyalty of a dog for his pack-mates? No one knows for sure.

But what we do know for certain is that human beings and dogs are neurologically and evolutionarily bound to one another. The two species are symbionts, and the idea that dogs are somehow the junior partner in the relationship is having to be rethought. They’re looking more and more like equal partners.

Thus, when Muslims shun dogs as “unclean” they are doing something that is deeply unnatural. To misuse and abuse dogs is actually against human nature. Rejecting Canis familiaris means overriding instinctive companionable behaviors and replacing them with aversive, hostile learned behaviors.

It’s yet another indication that Islamic ideology has created in its adherents a deformation of the human spirit. Psychologically, behaviorally, spiritually, and evolutionarily — Islam is literally inhuman.

Yester-dog-day’s donations came in from:

Near Abroad: Canada and Mexico

Far Abroad: Croatia, the Netherlands, Norway, and the UK

The title of this post is a reference to the final stanza of “The Idea of Order at Key West” by Wallace Stevens:

Oh! Blessed rage for order, pale Ramon,
The maker’s rage to order words of the sea,
Words of the fragrant portals, dimly-starred,
And of ourselves and of our origins,
In ghostlier demarcations, keener sounds.

20 thoughts on “Of Our Dogs and of Our Origins”