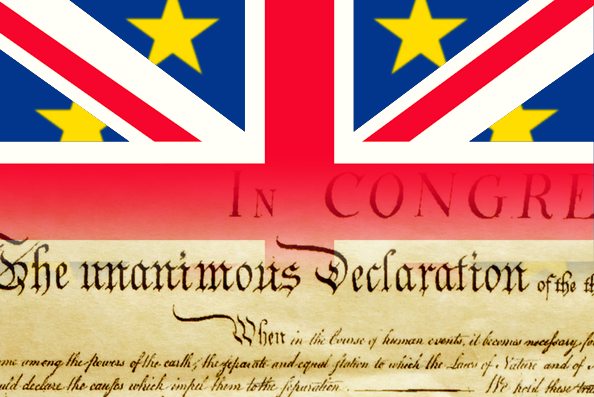 This notice just came in from the PVV:

Thursday, June 23, 2016, will go down in history as Britain’s Independence Day. The Europhile elite has been defeated. Britain points Europe the way to the future and to liberation. It is time for a new start, relying on our own strength and sovereignty. Also in the Netherlands.

A recent survey (EenVandaag, Dutch television) shows that a majority of the Dutch want a referendum on EU membership. It also shows that more Dutch are in favour of exit than of remaining in the EU.

The Dutch people deserve a referendum as well. The Party for Freedom consequently demands a referendum on NExit, a Dutch EU exit.

As quickly as possible the Dutch need to get the opportunity to have their say about Dutch membership of the European Union.

Geert Wilders: “We want be in charge of our own country, our own money, our own borders, and our own immigration policy. If I become prime minister, there will be a referendum in the Netherlands on leaving the European Union as well. Let the Dutch people decide.”

9 thoughts on “Geert Wilders: Congratulations, Britain, on Your Independence Day!”