Tim Burton of Liberty GB has written a guest-essay about the referendum coming up on June 23rd that will determine whether or not the UK leaves the European Union. 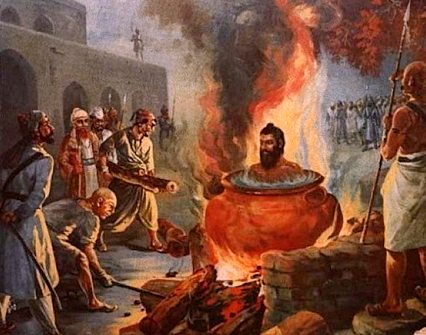 A Five-Minute Sound-Bite by Tim Burton

Possibly the most alarming development yet in the European Union’s never-ending quest to tighten its grip around the throat of our nation-state democracies and to choke the life out of our ever-diminishing freedoms, came to us last month from the desk of none other than the notorious and anti-democratic Jean-Claude Juncker, the president of the European Commission.

This so-called “liberal bureaucrat” — or rather, “fascist” — was faced with the prospect of an FPÖ victory in Austria. His great fear was that so-called “far right” populist party —actually a centre-right party, which just ran Norbert Hofer for president — might win a democratic election.

This would have been an appalling prospect as far as Jean-Claude Juncker was concerned — a realisation of which would be yet another nail in the coffin of the ambitions of the unelected and unaccountable EU bureaucrats as they continued to pursue their goals of ever closer union and the creation of a federal super-state.

Jean- Claude Juncker sought to influence the results of the election by threatening to exclude Austria from all EU decision-making — and possibly also stripping the country of all voting rights in the EU, and even stripping the country of its EU funding. He could threaten to do this because the European Commission had recently been handed a batch of new powers in 2014 — one of which was the “rule of law mechanism” incorporated in Article 7 (TEU). The little-known law — a law that was presumably intended to be publicised as little as possible on the grounds that it would alarm the general population of the EU if it became widely known — allowed far-reaching sanctions to be applied to countries that were perceived to be deviating from “the common constitutional traditions of all Member States.”

In the event, Norbert Hofer and the FPÖ were narrowly defeated in the presidential election by a margin of only 0.6 per cent. This represented a mere thirty-one thousand votes, and given that Norbert Hofer and the FPÖ were consistently leading in most of the surveys taken in the run-up to the presidential election, the suspicion that a late batch of postal votes which decided the election were fraudulent to a greater or lesser extent will no doubt give rise to a legal challenge in the very near future.

However, because of the intervention of Jean-Claude Juncker in this instance, it has now become apparent that the unelected and unaccountable political elite of the European Union are willing to sink to ever new depths of depravity in order to maintain their stranglehold over the individual nation-states of Europe. This new law would have the power of effectively disenfranchising millions of voters who had the temerity to vote for any party that had the realistic prospect of overthrowing the corrupt political order that has been built up by the EU over the past forty years or so.

A rise to political power of a party such as Liberty GB, for example, would trigger a process that would exclude Great Britain from having any say at all in how the £10 billion that we currently send to the EU each year is spent. In addition, we might be completely excluded from having any say in whether or not 80 million Turks should be allowed to come to our country, a prospect that would completely destroy our social infrastructure and relegate indigenous Britons to third-class status.

It is difficult to imagine any more compelling reason to “Vote Leave” when the EU referendum takes place on June 23rd. A vote to “Remain” would take away any chance of ever reclaiming our sovereignty and our borders, or of controlling immigration in any meaningful way, Voters in our country would subsequently be put off from electing any political party that advocated a return to sanity in our political landscape, such as Liberty GB. This is a blatant attempt by the European Union to consolidate its power over individual nation-states, and to destroy any prospect of escaping the descent into tyranny that we are currently being led into by traitorous people such as Jean-Claude Juncker and his cabal of power-hungry megalomaniacs.

Be in no doubt that unless we “Vote Leave” on June 23rd, we will be condemning our children and grand-children to lives that will be far more unpleasant, and infinitely less free, than the lives that we currently enjoy in what was, after all, the greatest independent sovereign state in the world before the EU came along.

39 thoughts on “Brexit: The Unique Perspective from Liberty GB”