After seventy years, a camp has been opened again at Dachau.

Now the German staff wait on the Untermenschen who have been welcomed into Germany. They cater to their every need and never punish them, no matter the seriousness of the crime. Now the residents of the camp can spend their time watching TV, and may eat as many meals as they want. Now the guards at the camp are required to act as the servants of the “refugees”.

The account below describes the experience of a former Czech policeman who has a job at a asylum-seekers’ camp three miles from the old Dachau concentration camp. The article was posted on January 1 at krimi-plzen.cz. Many thanks to Xanthippa for the translation. 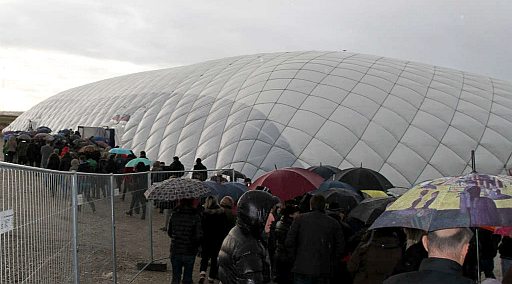 I am a guard in Dachau

We heard from a man from Pilsner, a former policeman, asking whether we would be interested in writing something about what it really looks like in Germany, with the migrants. Of course, we very gladly accepted his offer.

Michal is a considerable man, who has almost twenty years of policing behind him, and who, through an acquaintance, received an offer to go work in Germany, in a migrant camp at Dachau.

At first, he says, he considered it a bad joke, because everyone knows that this is where an infamous concentration camp had been during the war, and that nobody would think of building another one there. Then he found out that this really was a serious job offer from a Czech agency, and so he signed up. Michal went through a selection process, including a language test, and then he really could go to work in Germany.

96 thoughts on “Return to Dachau”