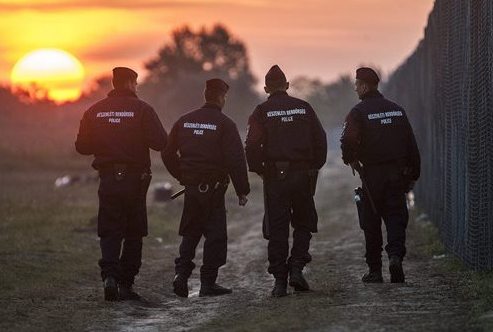 The following interview with a Polish border guard about his recent deployment in Hungary was published earlier this months at the Polish website Nasz Dziennik. Many thanks to Green Infidel for the translation:

‎Translator’s note: The link is to Nasz Dziennik, which is an ultra-Catholic publication and part of the media empire of Father Tadeusz Rydzyk. His media have in the past given voice to some extreme conspiracy theories, while his radio station, “Radio Maryja”‎, has at times hosted virulent anti-Semites and aired some anti-Semitic conspiracy theories (mainly to do with Jewish compensation claims against the Polish government). Nonetheless, many of the reports in this media group are also considered accurate, and have been cited by more mainstream websites such as onet.pl, wp.pl and even the leading liberal-left newspaper Gazeta Wyborcza.