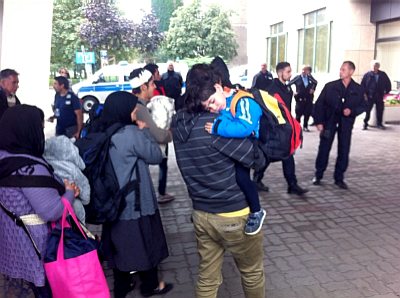 A four-star hotel in the German town of Halle (in Saxony-Anhalt, the former DDR) was abruptly converted into “refugee” housing. Hotel employees and business owners received little or no information about the closure beforehand, and many were taken by surprise, finding themselves locked out and suddenly unemployed.

What is notable about the following German news report is the restrained response given by most of the people interviewed. There is simmering anger in their voices, but they are at pains to emphasize that it is not directed at the “New Germans” who are getting off the buses and moving into the hotel. Presumably they are angry at their elected political leaders and the bureaucratic functionaries who serve them, but these newly-unemployed citizens are careful not to voice any specifics in that regard. Perhaps they don’t want to ruin their chances of getting another job.