Our Dutch correspondent H. Numan sends this brief summary of the latest political buzz from the Netherlands. 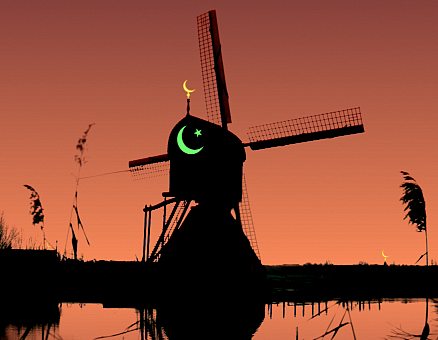 The Dutch Titanic is taking on water
by H. Numan

The cabinet is once again in stormy waters. I think Captain Smith of the RMS Titanic wouldn’t want to change places…

Minister Ard van der Steur is in serious problems over Volkert van der Graaf, the murderer of Pym Fortuyn. Our national “hero” did a photo shoot, in which he blatantly ignored all restrictions given to him. In addition to that, he’s on the dole, but he likes running marathons. Kind of difficult to sell, since the dole requires him to make an effort to find a job. He doesn’t, because he can’t handle that mentally.

So Volkert hasn’t changed one little bit. He despises anyone. There’s only one person right, and that’s him.

The minister at first denied knowledge. However, the ministry and the parole board — who denied everything until yesterday — had been planning this for at least a couple of months. Also, Volkert got what Pim was refused: bodyguards at the expense of the taxpayer.

It’s turning into a national outcry. De Hond did a poll, in which 65% want him back behind bars. Van der Steur asked for a few days respite to come up with an excuse.

The other source of scandal is Bert Koenders, Minister for Foreign Affairs. The international court of Justice is in The Hague. At this moment African nations want to add vague minor offenses as crimes to humanity. For example, if a border guard opens fire across the border and this gets out of hand. The border guard then should be tried for crimes against humanity. Or when a naval vessel opens fire. Very, very vague. The Dutch government (VVD) does not want to add this to the list, but Koenders wants it very much.

Both have some explaining to do…

10 thoughts on “The Dutch Titanic is Taking on Water”