Below is the latest newsletter from Tennessee Council for Political Justice.

Will Mwafaq Aljabbary’s fellow Kurd and mosque board member, Fadi Ezzeir help to get him votes for the Tennessee State Senate District 21 Republican seat?

As late as 2009, Ezzeir served as the President of the Nashville chapter of the Muslim American Society (MAS). In 2004 the Secretary-General of the MAS acknowledged that it had been founded by members of the Muslim Brotherhood.

Ezzeir is listed as the Executive Director of the Scouting Department of the Muslim American Society (MAS). In 2002, he organized the first Islamic boy scout troop in Nashville. In 2006 Ezzeir used the Muslim boy scout troop to make voter calls to other Muslims using a MAS script. 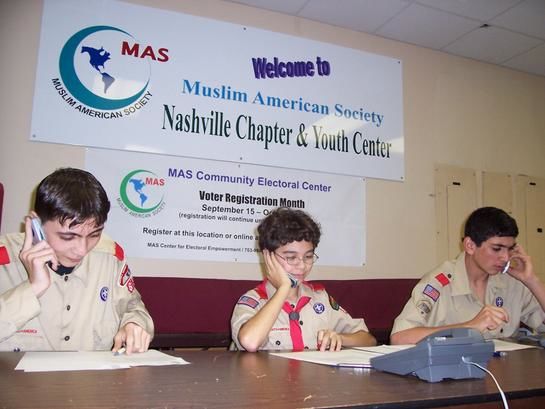 Did the script have the boy scouts tell their co-religionists that Allah says they can only vote for another Muslim?

The kids know what’s in their Islamic school textbook “What Islam Is All About”:

Allah says in this ayah [verse in the Quran] not to take non-Muslims as protectors. (3:118,4:144) Only fellow Muslims you can rely on should have authority or power over you. Because in the end, a non-Muslim who knows you, and who doesn’t accept Islam, is a rebel against Allah’s way of life and will harm you in the end or try to make you like him or her.

Republican candidate Aljabbary’s other mosque member Drost Kokoye, is all about identity politics and says, “I really don’t even like being called an American.” She was even willing to abet voter registration fraud. 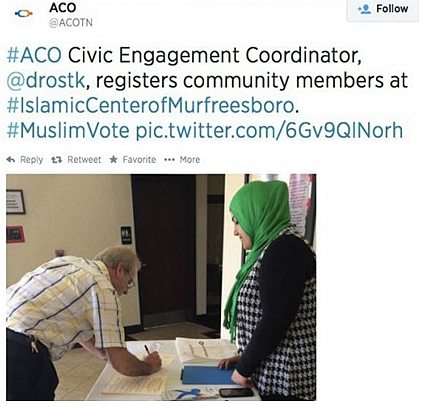 Nashville’s Muslim (Brotherhood) Kurds will get the votes.

10 thoughts on “Getting out the Muslim Vote in Tennessee”