As we reported here back in April, Paul Weston, the Chairman of the LibertyGB party in Britain, was arrested during a campaign appearance in Winchester for quoting Winston Churchill on the topic of Mohammedanism.

Now comes word from Enza Ferreri at LibertyGB that the charges against Mr. Weston have been dropped. 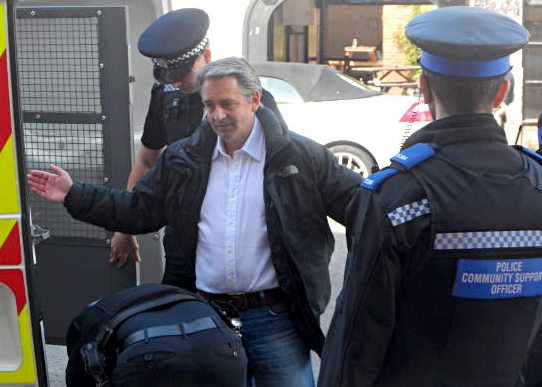 Paul Weston, candidate at the 22 May European Elections in the South East constituency and leader of the Liberty GB party, who was arrested in Winchester, Hampshire, on the 26 April, has had the charges against him dropped.

Mr Weston was arrested for publicly quoting an excerpt critical of Islam from the book The River War by Winston Churchill. After spending several hours in a cell at Winchester Police Station, he was charged with Racially Aggravated Crime, under Section 4 of the Public Order Act, which carries a potential prison sentence of two years. He was then bailed with a return date to Winchester Police on May 24th.

His arrest sparked a national and international outcry in the media and in the political world.

16 million viewers watched Fox News’ panellists on “The Five” political talk show as they discussed the Paul Weston case. They remarked that in the UK a radical imam has more respect than a man who saved the Western world, and that “now Churchill is seen as another dead white male, and probably racist”.

In the Dutch Parliament, MPs Geert Wilders and Raymond de Roon asked the Dutch Minister of Foreign Affairs, Frans Timmermans, a number of questions, such as “Do you share our opinion that the arrest of the politician Paul Weston is a gross violation of freedom of expression and an example of dhimmi [historically, subservient to Muslim rulers] behaviour? If not, why not?” and “How do you intend to wage the fight for the preservation of freedom of expression, in light of the planned rapprochement to the Organization of Islamic Cooperation, an organization which aims for an international ban on blasphemy and which attempts to restrict freedom of expression in the West under the pretext of the fight against ‘Islamophobia’?”.

“You were bailed on 26th April 2014, under the provision of the Police and Criminal Evidence Act 1984 in connection with an allegation of a breach of a S27 dispersal notice and a Racial/Religious Aggravated Section 4 Public Order Offence. Police enquiries have now been completed and after careful consideration of all the circumstances, it has been decided that no further police action will be taken. However, if further significant evidence becomes available at a later date, the decision may be reconsidered and the advice of the Crown Prosecution Service sought.”