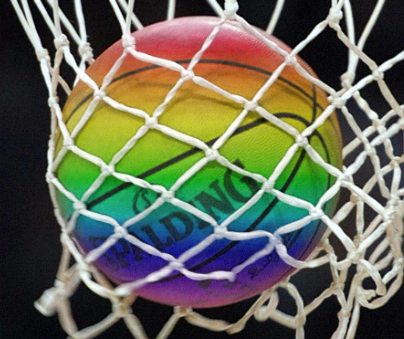 As I mentioned yesterday, this past Monday afternoon I was part of a team briefing a member of Congress in Washington D.C. When the meeting on Capitol Hill was over, it was too late to drive all the way home, so I stayed overnight in one of the outer suburbs in Northern Virginia.

The ethnic composition of the Wretched Hive of Scum and Villainy has changed since I lived in the area forty years ago. The inner suburbs — Alexandria, Arlington, Springfield, Annandale, Falls Church, and Fairfax — are now so culturally enriched that they’re scarcely recognizable as American. I’d say they look like Guadalajara, or Seoul, or Kabul, or Da Nang, except that none of those places is so ethnically diverse. The only other place I’ve ever seen that is so thoroughly enriched is New York City, and the D.C. area may even beat the Big Apple in sheer number of ethnicities. Walk down a street on the strip in Annandale (if you dare) and you’ll see Koreans, Vietnamese, Afghans, Ethiopians, Somalis, Lebanese, Nigerians, Indians, Iraqis, Iranians, Mexicans, Guatemalans, Salvadorans, and many other nationalities that I can’t recognize or remember.

The outer suburbs are less enriched than the inner ones, but they’re still far more diverse than when I was young. In those days they were small country towns in the outer orbit of Our Nation’s Capital, with a population made up of black and white Americans in roughly the same proportions as other parts of rural Northern Virginia. Now the area is one enormous interconnected strip, and its ethnic geography has become more complex.

The town I stayed in has gradually morphed into what is, in effect, a bedroom community for working-class Mexicans. Economics may be the driving force, because the cost of living there is considerably less than in Fairfax or Alexandria — in fact, that’s why I chose to stay in a motel that far out of the city.

The Mexicans live in low-rise “Section 8” garden apartment complexes and small single-family dwellings, the kinds of places where blue-collar whites and blacks used to live. The latter are still resident in substantial numbers, but all the cantinas and bilingual signs are an indication of the growing Mexican presence.

I dropped into a Walmart to do some shopping while I was there, and that’s where the Mexicanization of the suburb became the most noticeable. There were other non-American ethnicities there — in particular I noticed Indian sales clerks and assistants, whose English seemed to be very good — but most of the clientele and a good portion of the staff seemed to be native Spanish-speakers. I estimated that one out of every five people I saw was a white American, one out of five was a black American, and 2.8 of the remaining three were Mexicans.

Later that night I went to a bar and grill across the street from my motel and sat at the bar to eat some pork chops and drink a couple of beers. My recent experience in Walmart had pushed ethnicity into the forefront of my awareness, so with that in mind I looked around at the staff and patrons of the establishment. All the people I could see were Americans, with both races represented in the same proportion that could have been expected in, say, 1975. The place was a local watering hole, rather than a tourist venue, and everyone seemed to know everyone else. People moved around and mingled with each other, blacks and whites both. If there were any Mexicans, they must have been working in the kitchen.

Above the bar, spaced among the optics and the mirrors, were five large-screen TVs with the sound turned down, each tuned to a different sports channel. One was showing the Winter Olympics, one a professional wrestling match, and the other three had basketball. All of the games were ACC, three different pairs of teams.

While I sat chewing and sipping, I watched the action on the screens. Since my ethnicity antennae were still extended after my trip to Walmart, I noticed something alarming I had never realized before: ACC basketball shows incontrovertible evidence of structural racism!

At least two of the teams I saw had no white players at all — and this at universities whose student bodies are at least 50% white! How can anyone justify this sort of discrimination?

Most of the white people visible on the screens were relegated to low-paying, low-status jobs: they were referees. To force white men into a line of work that is so universally despised and pays a mere pittance is a violation of the spirit, if not the letter, of the Civil Rights Act of 1964.

“But, Baron,” I hear you say, “black men get all the top slots on basketball teams because they play basketball better than white guys!”

Yes, I’ve heard that dodge before, and I don’t buy it. It’s just a rationalization that allows the perpetuation of institutional racism. The argument that skill and competence in a field should command commensurate compensation has long been discredited. Social justice is a more important goal than winning games.

I say it’s time to promote true diversity and inclusivity in the Atlantic Coast Conference.

Let’s force the colleges and the ACC to live up to the principles they supposedly champion. I propose a boycott of college basketball until the teams institute a policy of affirmative action to boost the number of first-string white players on the courts.

College basketball is a money-making business for the colleges, the players, and the marketing departments that promote the sport.

Let’s hit those racist so-and-sos where it hurts them most: in the pocketbook.

39 thoughts on “We Need Sustainable Diversity in Basketball”