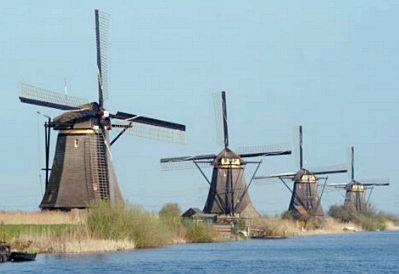 Dutch farmers have been made an offer they can’t refuse. It’s allegedly a generous one, but still, their compliance is not optional.

I didn’t realize the Dutch government had a Nitrogen Minister. I wonder if there is one for oxygen, and another for argon, and so on through the periodic table. If not, it’s discrimination against marginalized elements!

Many thanks to Hellequin GB for translating this article from the Austrian outlet eXXpress. The translator’s comments are in square brackets:

The Dutch government plans to buy up and shut down up to 3,000 farms near environmentally sensitive areas to comply with EU orders.

Numerous farms are to be closed in the Netherlands due to EU regulations and Brussels’ “Green Deal”.

There were a number of protests by farmers in the Netherlands over the summer — the eXXpress reported in detail. Now the government is getting serious and is carrying out a “forced purchase” of up to 3,000 farms. These will then be closed. The farmers are being offered a price that is “well in excess” of the value of the farm, according to Nitrogen Minister Christianne van der Wal. And emphasizes: “There is no better offer.” [I can imagine.]

The Netherlands is the second largest exporter of agricultural produce in the world after the United States, supplying vegetables to much of Western Europe. More than half of Dutch soil is used for agriculture, in addition to the 24,000 hectares that are grown in greenhouses.

Despite this, people still believe the myths of overpopulation and food shortages that are drummed into their brains every day via the media. If you put them side by side, the entire human population of 8 billion would have 1.0 square meters of space and would take up the national area of Austria. The rest of the Earth’s land surface would thus be completely uninhabited and mostly usable for growing agricultural products and raising livestock. You can use your own brain; it’s not prohibited — yet!

The main reason for the expropriations is that the WEF, in cooperation with the Dutch government, wants to build a closed megacity in this area. For this you need a closed and contiguous area of land, and thus the farmers have to go. The magic phrase is “SMART CITY” (Concentration Camp). Food shortages are another piece of the Great Reset master plan.

7 thoughts on “We Don’t Need No Stinkin’ Farmers!”