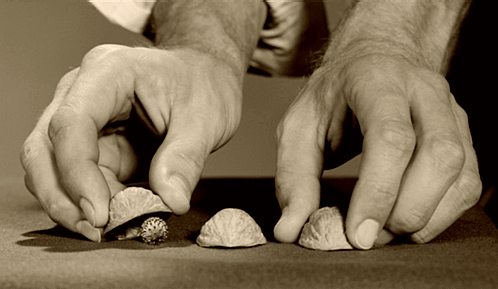 The Wuhan Coronavirus is the most dangerous and deadly disease in history — until it isn’t. When it becomes politically expedient for COVID-19 to disappear, then suddenly it is no longer mentioned.

Section 34 paragraph 1 sentence 1 of the Infection Protection Act stipulates which diseases are considered to be so highly contagious that those who are ill — or even suspected of having an illness — “are not allowed to carry out any teaching, educational, nursing, supervisory or other activities”. And they are not allowed to be cared for there either. [Is that why the death-rate in these care-homes had been that high? What an evil bunch of murderous misanthropist. Hitler would’ve been PROUD.] These 22 particularly contagious diseases include measles, chickenpox, cholera, plague and diphtheria. Until recently, Covid-19 was listed here as the 23rd disease.

Corona has now been removed from the list. Quasi in a legislative cloak and dagger operation. Because the change was hidden in another change — which is why I ironically call it a “law virus” in the title — because the information is embedded in a foreign cell, i.e. a foreign legal document. You can find them — this is no joke — in the lower part of the legislative decision from printed paper 480/22 with the following title: “Law on the draft decision of the Council on the determination of the violation of restrictive measures of the Union as one of the criteria under Article 83 paragraph 1 of the Treaty on the Functioning of the European Union and amending the Infection Protection Act”. [I’m sorry, but this gobbledygook didn’t make any sense to me in German, and trying to translate it into an English version of gobbledygook most likely failed miserably. You have to have the evil mindset of a bureaucrat to make sense of such a sentence. ]

Hand on your heart — would you have read the tapeworm title of the printed matter to the end without my preamble and then discovered that it is also about changing the Infection Protection Act? Even about the deletion of Covid-19 from paragraph 23 of the Infection Protection Act? Why is this hidden in three words at the end of the title, while more space is devoted to it in the printed matter than to the law listed first?

Hiding of such changes in the law, which one does not want to publicize, is unfortunately common practice in the Bundestag today. That doesn’t build trust — it’s exactly the opposite.

In fact, the deletion of Covid-19 from ¶23 went undetected for almost a month and a half. Also by us. An alert reader has now brought this to our attention — to whom I sincerely say thank you.

Why is the removal so hidden? Because it doesn’t gibe with the fact that Minister of Health Karl Lauterbach keeps ringing the alarm bells at every opportunity and pretending that the next “killer variant” is just around the corner, that’s why. The removal just doesn’t fit the fear propaganda at all. On the other hand, it was urgently needed — because otherwise not only would students and teachers, educators and kindergarten children have to stay at home after every positive test. And with dramatic consequences if there is a suspicion of Corona.

There have already been protests from those affected. Among other things, they pointed out that children and teachers or educators would have been disadvantaged here compared to adults for whom such a regulation did not apply — if they were not cared for in a home.

The game of hide-and-seek with the change is probably intended to save the minister’s face (although in my opinion there is nothing to be said for that, but that’s a subjective assessment). Lauterbach had recently tightened the law with a lot of fanfare. By covering up the change, the political doctor’s belly flop doesn’t become too obvious. And thanks to compliant media, most people won’t know about it.

Nothing new in that madhouse for the ideologically retarded, a.k.a. Germany. But this method has a system and was already introduced, intensively and extensively used under Merkel. This way you can hide from the public what laws you have passed that further harass or stigmatize the German people or the nation. In this special case, the public is being kept in the dark that Corona is over and that it was just a lie. But the naïve Michel swallows this turd with mustard whole and continues to trust in politics.

3 thoughts on “The Corona Shell Game”