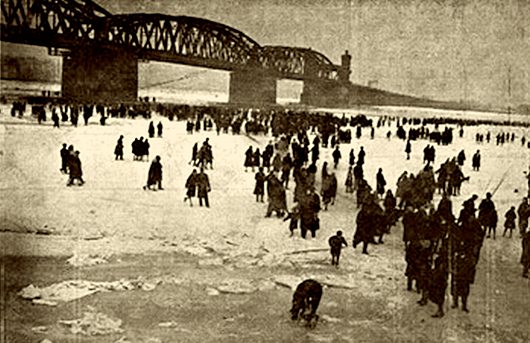 A severe winter social crisis is just around the corner in Germany. When it arrives, German political leaders can’t say they were never warned. The following article reports on the alarm being sounded by German social welfare organizations.

Because of energy costs

Associations warn: Social institutions are on the verge of collapse

The president of the Diakonie*, Ulrich Lilie, has warned of drastic upheavals in the social sector. Numerous aid and care facilities are on the brink of collapse due to increased energy costs, he told the RND. “The social infrastructure is threatened with collapse.”

For legal reasons, non-profit institutions are hardly allowed to build up reserves, Lilie explained. The increased electricity and gas prices are therefore unaffordable for many. “They have their backs to the wall and cannot wait months for an energy price cap.”

The federal government is currently discussing a “gas price brake”. The consequences of the current energy crisis are to be mitigated with up to €200 billion. The president of Caritas, Eva Maria Welskop-Deffaa, who is a member of the committee responsible for designing the gas price brake, wants to give priority to social institutions.

“In the end, no one should be left out in the rain,” Welskop-Deffaa told the Die Tageszeitung. “Especially not the people who live in facilities for the care of the elderly, integration assistance or child and youth welfare.” A retirement home, for example, cannot simply turn down the heating. “Not for older people who get cold faster anyway.”

“Should social institutions have to close, the weakest in Society will suffer, and they need all the support right now,” emphasized Lilie. Instead, Welskop-Deffaa wants to save elsewhere in the event of a crisis. “Then it might make more sense to specifically take a few manufacturing companies off the grid for the winter.”

Why not make those “migrants” pay, instead of mollycoddling them with free this, free that, free everything? But I guess that something like that would stop the invasion-stream flowing, and we can’t have that, now, can we? imagine what these care facilities for the elderly, who worked and paid taxes, could do with roughly € 20+ Billion a year that goes to these invaders? It’s a thought, isn’t it?

While elderly citizens are shivering and coughing in their grim accommodations, EU apparatchiks will be warm and snug in their well-feathered nests. The report below details the obscene raises scheduled this year for civil servants, MEPs, and political leaders, including members of the European Commission. The increases are tied to the official rate of inflation, which is what makes them so generous. 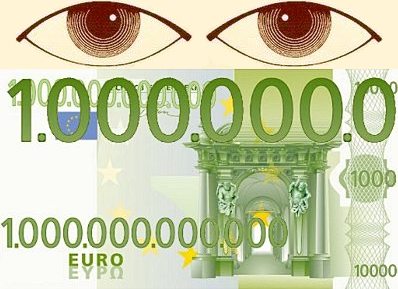 There have been multiple warnings about blackouts in Europe during the coming winter. Do members of the nomenklatura have ways to avoid interruptions in their electricity supply? Are their upscale neighborhoods supplied by a special subset of the grid that is exempt from cutoffs? Or will they light candles and shiver in their darkened houses like everyone else?

In the middle of the energy crisis

Massive trouble is looming over the salary increases for almost 50,000 EU officials.

According to preliminary calculations by the EU Commission, the Eurocrats’ salaries should increase by 6.9 % The EU member states are up in arms, demanding a zero round!

The bold salary increase is a result of the automatic adjustment process in the EU. The inflation rate in Brussels and Luxembourg has the greatest influence. Since the prices there have risen drastically due to the energy crisis, the Eurocrat salaries would also increase massively. An internal paper by the budget director of the EU Commission for the budget committee of the EU Parliament has now quantified the effects.

According to the current status, salaries would have to be increased by 6.9 %. The EU statistics office Eurostat will present the final figures at the end of October.

Depending on the salary group, the basic salary of an EU civil servant would increase by €210 to €1,460 per month — retrospectively as of July1 !

The political leaders of the EU would also benefit from this: EU Commission President Ursula von der Leyen (64) would get €2,015 more in basic salary, an EU Commissioner €1,643 more. MEPs’ allowances would increase by €632 to €9,800.

That is why they are demanding a “single-time suspension” of the automatic salary increase for EU officials. In addition, the “amount and duration” of the lavish allowances for the Eurocrats and the particularly favorable tax system for employees of the EU authorities should be reviewed.

It’s delicious to be able to see at how the European politicians pluck their citizens like a Christmas goose. Citizens are mollified with a one-time payment, which is also taxed, and those in Brussels treat themselves to a more than average strong sip from the bottle of extremely rare Macallan Single Malt Speyside Whisky, and this monthly. But don’t worry: EU citizens will honour it in the elections, in which they do not take part in protest of, or re-elect the old — untrustworthy — parties with “The Devil you know” mindset. Now you can lay a bet with your bookie on when the German MPs will allow themselves the next tax-grab into the coffers of their citizens.

Sorry, I just had a fit of laughter at so much naïveté on the part of the voters. They want to be fooled, and the politicians do justice to exactly that, over and over and over again. After all, to the majority of the voters it’s “Thy will be done.” INSANE.