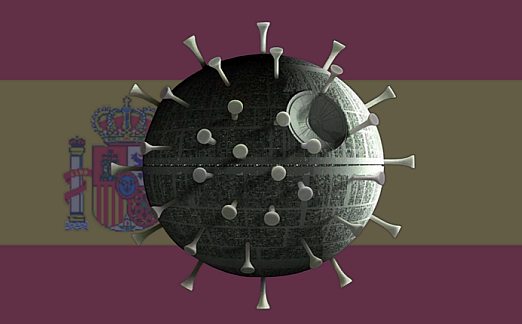 As far as I know, the Wuhan Coronavirus has never been successfully cultured to provide stocks of the virus for research. According to the following report, that is definitely true for Spain.

Many thanks to Hellequin GB for translating this article from the German-language site Corona Transition:

Spanish government officially admits that the virus has not been isolated

The Spanish Ministry of Health does not have SARS-CoV-2 cultures for testing and does not have a list of laboratories. The government confirms this to critical lawyers and organizations.

“The Spanish Ministry of Health does not have SARS-CoV-2 cultures for experiments and does not have a list of laboratories that have isolation cultures for experiments,” informed the government in response to a public request from critical citizens, including those from the organizations Asociación Liberum and Biólogos por la Verdad (Biologists for the Truth) of July 22, 2021. This was received by the authorities on August 10 and was registered under the number 001-059144.

Among other things, the lawyers and scientists were interested in whether the virus had been isolated. According to the Transparency Act 19/2013 of December 9, the Ministry of Health had one month from this point in time to formulate a corresponding statement.

Various critics of the measures report on the scandalous response of the Spanish government, which has transformed the country into a health dictatorship that is second to none since March 14, 2020. These include the lawyer Aitor Guisasola and the media portal El Diestro. But ultimately everyone can read this highly official statement for themselves.

“The farce is starting to crumble and we don’t know what else the government, mainstream media and health professionals will come up with to keep selling us the story of a virus that seems even more false. Also, the baby is thrown out with the bathwater and all responsibility for diagnosis and treatment is shifted to the health care professional, recognizing that ‘tests alone are often not enough to diagnose the disease’… The tests used to make decisions about curfews, store closures, quarantine, patient treatment, vaccinations and absolutely justify dictatorial measures and revoking people’s freedoms, are usually insufficient to determine the disease.”

Finally, El Diestro sends a message to all those who have been vaccinated: “Take this document and go to your family doctor or your health center and ask for explanations. Because something has been injected into your body, which the person who administered it to you does not even know what it is for or what is contained in it. Will this wake people up or will they go back to sleep?”

2 thoughts on “There Are No Stocks of COVID-19 Cultures”