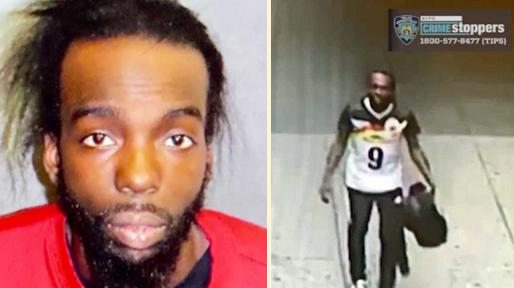 No, that isn’t really the name of the alleged suspected shooter in last Saturday’s attack in Times Square. But it would be the rough equivalent if his identity were switched to a Christian one instead of a muh… muh… member of a monotheistic religion whose name we must not mention.

It’s also worth noting that the incident, which fortunately resulted in no fatalities, has a Mohammed Coefficient of 100%.

I don’t think religion had much to do with young Farrakhan’s shooting rampage. He’s probably just the scion of a Nation of Islam family whose father was a devotee of the sect’s current leader.

And he wasn’t trying to shoot any of the victims — he was aiming at his brother. Keeping it all in the family. His brother is presumably also a person of color, which just goes to show that America is a systemically racist society that targets black people for extermination.

Below are excerpts from a report at Yahoo News:

The man suspected of a shooting in New York City’s Times Square that injured three bystanders, including a 4-year-old girl, has been identified but is still on the run, police said Monday.

Farrakhan Muhammad was identified by two senior New York City Police Department officials as the person of interest in the Saturday afternoon shooting on West 45th Street and 7th Avenue, NBC New York reported. The officials said detectives think Muhammad was trying to shoot his brother but missed, hitting the pedestrians in the busy tourist hub.

Police on Saturday released a video of the person of interest.

The girl, identified as Skye Martinez, was shopping for toys with her family when she was struck in the leg, police said.

Magrinat, a Rhode Island resident who was on a Mother’s Day trip to New York City, told NBC New York that doctors told her she will likely have a bullet lodged in her leg for the rest of her life because more damage would be done if it was removed.

None of the victims’ injuries were life-threatening, but Skye had to undergo surgery, authorities said.