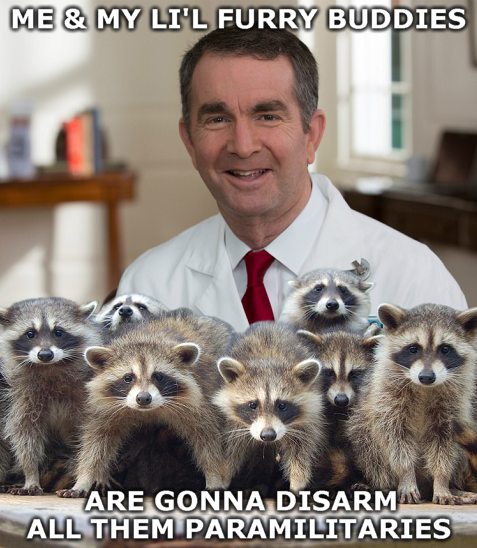 Colion Noir is a lawyer and 2nd Amendment activist in Texas. In the following Fox News clip he discusses the plans to ban and/or register certain guns in Virginia, and the resulting pushback that has prompted 90 or more localities to vote themselves 2nd Amendment sanctuaries.

Connecticut and New York passed similar laws a few years ago, but never attempted any systematic enforcement against citizens who refused to comply. Virginia Governor Ralph “Coonman” Northam, however, has staked his political mojo on enforcing such laws after they are passed. If he doesn’t declare martial law and call up the National Guard, he’ll have to send in the state police to apprehend citizens who refuse to comply, since most sheriffs have vowed not to cooperate.

This will not end well.

The big question, though, is how many Democrat delegates will actually vote to pass these bills. Many of the newly-elected legislators represent districts whose localities have now turned themselves into 2nd Amendment sanctuaries. If you represented such a district, what would you do if you hoped to be re-elected?