Below is JLH’s latest comment on Hollywood’s contribution to our life and thought. He says: “You might call it “Alfred Hitchcock’s Revenge’.” 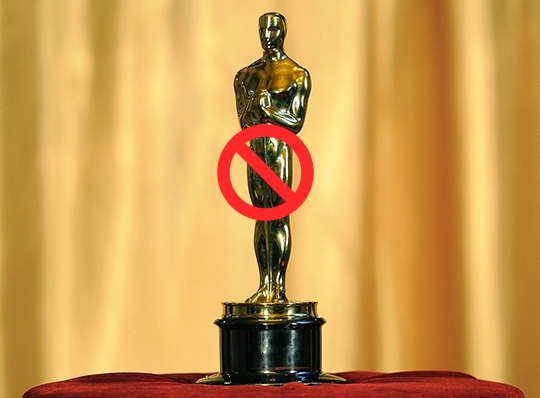 The Shape of Mud

It came to pass that some of the fairy-tale folk conceived the idea of enticing the benighted souls outside of fairy-tale land to become a little more sensitive by showing them a fairy-tale alternative — the way to a fairy-tale existence almost as exalted as the lives in fairy-tale land. They thought about other fairy tales that had gently and subtly demonstrated human inferiority to other species — a tenet of faith in fairy tale land that applied to all of mankind, with a few exceptions, like the residents of fairy-tale land. There had been a very successful tale of a whole world of blue people (what a wonderful concept!) who only wanted to be left in peace to settle their own differences in their own way. But along came humans astride their superior technology, and wrought havoc. It was left to the one or two truly sensitive humans to try to save this exotic civilization.

The first principle to be derived from this older tale was that the OTHER must be shockingly different, but not repulsive. Even a tail is all right, if it is attractive. A long history of tale-telling in fairy-tale land had established that non-humans who are hostile and evil are usually repulsive in at least one of their manifestations.

Positive alien representatives must also be recognizably like us, but ever so much better, like Rousseau’s noble savage. And if they are to serve the purpose, they must be incapable of doing humankind any real harm.

The answer they found was a touching tale about Mignon, a shy woman with a crippling handicap — severe, incurable progressivism. Unable to hold a job in the white-collar world despite her BA, MA, PhD in intercontinental floral design, she has become a full-time cleaner in a government facility. She is befriended by Kaytee — a kindly, if undereducated, co-cleaner who also lives in one of the many apartments in the large Victorian house where Mignon lives. As befits a film from fairy-tale land, both Mignon and Kaytee are incredibly beautiful women. They are both aware of the toxic masculinity of the male of the species. They have had limited, and largely unpleasant, contacts with boys-to-men.

Day after day, as they clean, they pass by a door that is always locked. Above the door is a sign: Gregor’s Place. They clean so unobtrusively and efficiently and always on schedule, that they are eventually rewarded with extended work time, pay raises and the key to the locked door of Gregor’s Place. They enter with mixed apprehension and excitement. It is a large, rectangular room, one-half of which is a large, glass-walled terrarium filled with tropical plants. Their job is to clean the open half of the room and keep the high glass partition spotless. As they do this, they can identify — among other things — orchids, and something similar to a very large Venus Flytrap. Once, when a small bird flutters down from an opened slot in the ceiling above, it ventures too close to the predatory flower, and disappears in its maw. At intervals, other kinds of nutrition fall from other openings, into the terrarium — often a kind of light-green rain.

Kaytee is fascinated at first, but gradually loses interest and cleans stoically. Mignon, however, studies the various plants and comes to the conclusion that the Gregor in the name over he door refers to Gregor Mendel, and that this is a giant experiment in creating new genotypes. So she always devotes a few minutes to watching the plants and trying to identify their characteristics.

One day, while she watches, leaning slightly forward, with both hands flat on the glass, a plant emerges alone, moving with a curious gliding motion, and approaching the glass. It has an almost sylphic figure and a stamen-like appendage dangling between its two ambulatory limbs. With a shock, she casts her mind back to her studies and identifies the figure before her as a fully human-sized, independent rosette of the Orchis Italica or Naked Man Orchid, with its usually sketchy facial features more finished and its “physique” not only enlarged, but strengthened. The presence of an apparent stamen and no pistil tells her she is looking at a masculine plant.

Never turning her gaze from this sight, she calls to Kaytee to come and witness this phenomenon. Kaytee is just in time to see the orchid-man arrive at the glass and place his slender, greenish fingers on the glass exactly aligned with Mignon’s. They stare into each other’s eyes. (Surely those are eyes! Their look is so intense.) This lasts for minutes, which seem like hours to Mignon. And then, as if by mutual understanding, they each drop their hands (tendrils?) and step back. The orchid-man gazes for another moment at Mignon. Then turns and walks (glides?) back to whence he came. At first, Mignon is unable to move.

Then Kaytee sees her face and asks softly, “What happened?”

And Mignon answers: “Something magical! I’ve never felt this way with a man.”

And that was the first, fateful meeting of woman and plant.

Kaytee sympathetically followed her friend’s growing infatuation with…. At first, she called him “the orchid-man,” but soon Mignon said: “I have decided he is my Sweet William so I am going to call him Will from now on.

Will, it appeared, did not speak, but was nonetheless very expressive. He looked so deeply and tenderly into Mignon’s eyes, that she felt as if she were being transformed into another, better person. After a while, she found it hard to face the weekend, because she would not see Will for two whole days. Kaytee had to keep her from rushing their work, just to get to Gregor’s Place.

It was inevitable. Mignon began to sneak back on Saturday and Sunday, just to see Will. Usually, Kaytee came along, just to keep her from doing something crazy.

Kaytee was silent for a long time. Then she said: “All right, I’ll help,” and Mignon cried and hugged her.

Saturday night, they sneaked back into the facility with flashlights and a long rope ladder. When Will appeared, they threw the end of the rope ladder over the top of the partition and pushed until it fell down the other side. Will knew exactly what to do. He took hold of the sides of the ladder with his delicate hands, and set his delicate feet on the rungs, and climbed up and over. When he reached the bottom on their side, they each embraced him — ever so carefully so they wouldn’t crush anything. Then they all went to Mignon’s apartment. After a time of quiet celebration, Kaytee went to her own apartment.

The next day, Sunday, Kaytee didn’t see her friend until late afternoon, when there was a quiet tapping on her door. She hurried to open it and found Mignon, glowing.

“Oh Kaytee, you have no idea how it feels to be…fertilized!”

After that, they met regularly as they always had, for lunch or coffee or dinner somewhere, and talk about nothing in particular, or about Will. And they went to work as usual. Whenever they left home, Mignon opened the window of her ground floor apartment, so he could climb out into the large flower garden that encompassed the house, sink his toes luxuriously into the soil and sit quietly, absorbing nutrition, until they returned.

Life was peaceful and idyllic, until one day one of the scientific staff noticed there was a specimen missing from the terrarium. Suddenly, security people were everywhere. When they found no clues, suspicion turned to the scientific staff and, of course, the two cleaners. When they came to search their apartments, Will was safely outside, sitting among his relatives and, apparently, just one of the flowers.

So life went on. Mignon and Kaytee didn’t even lose their jobs, although they both did feel a little guilty. For Mignon, it was an idyll.

Until one day, when Will was in his usual spot in the flower garden and was mistakenly dead-headed by the gardener. They found him when they came home, but nothing could be done. So it was over.

A few weeks later, while they were still mourning, they discovered that Kaytee was pregnant…