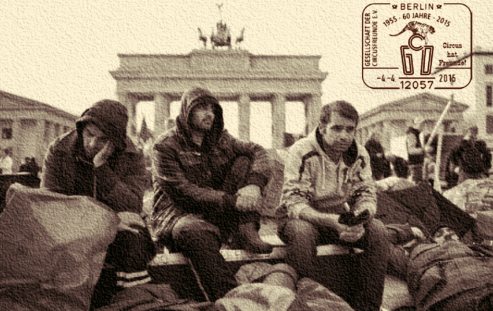 Germany — The deadline is just hours away, but Merkel’s CDU/CSU, Greens and FDP have cancelled their negotiations at 4:30 in the morning local time.

The F.A.Z. is speaking of “massive” differences.

If a new government is not formed by Friday, new elections might be pending. The CDU/CSU saw the worst results in their history ever at the recent German Bundestag election. To obtain the necessary majority to form a government, but still be able to ostracize the AfD, Merkel chose the FDP and the Greens as partners.

The Greens reportedly are making only the slightest concessions on topics such as coal power stations, taxation of Diesel cars, etc., while demanding that to accommodate them for these concessions, the CSU should meet them in the “refugee” issue, particularly in “family reunification”.

“Family reunification” under its current regulation is estimated to bring between one and two million more Syrians into Germany in 2018.

42 thoughts on “Will There Be Another German General Election Shortly?”