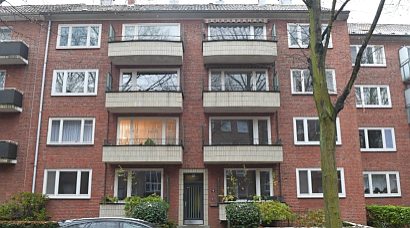 In the period before the October Revolution of 1917, the Bolsheviks robbed banks to obtain necessary funds. The revolutionaries justified their theft, needless to say, as recovering for the People what was rightfully theirs from the evil capitalists who had stolen it from them by exploitation. Such larceny was referred to as “expropriation”.

In a similar spirit, the city government of Hamburg is seizing private housing to allocate to “refugees”. As far as I am aware, only empty apartments are being expropriated — for now.

Egri Nök, who translating the article below, notes that it does not explicitly mention the pressure on the housing supply from the demand generated by recently-arrived migrants. However, the she tells us that everyone assumes that this is the reason for the expropriations, although no one discusses it publicly. And she adds this apposite information:

In my opinion, the only halfway solid hint that we have is that notorious Die Zeit article from September 2015, where they reported that Hamburg changed the law specifically because of the refugees.

The translated article from FOCUS.de:

Reaction to the housing shortage

An owner from Hamburg had six apartments that were vacant for years. He did not modernize them. The city of Hamburg is fed up. The district authority has dispossessed the landlord. The city is now modernizing the apartments at the owner’s expense.

A landlord was dispossessed by the district authority Hamburg-Mitte. The apartments are in the district of Hamm near the center and have been vacant for five years. The authority had levied a penalty payment of €18,000 and threatened him with dispossession, as Hamburger Abendblatt reports. But the owner still was willfully obstructive and did not release the apartments onto the market.

The district authority has now handed over the apartments to a trustee, who is modernizing them, and will offer them for rent. The modernizing costs, a mid-level five-figure number for new floors, heating, and walls, will have to be paid by the owner. He cannot choose the new tenants, but has to accept them.

There are allegedly more than 5,000 vacant apartments in Hamburg. This annoys many people who are apartment-hunting in the overrun market. The demand in German major cities is huge and the supply is too small. Since 2013, local authorities have been able to forcibly expropriate apartments when they have been vacant for four months without undergoing modernization.