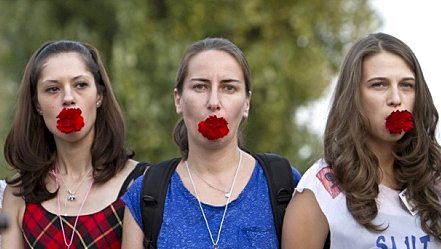 There’s a new feminist initiative to redesign the language to serve the goals of Cultural Marxism. Nash Montana, who translated the article, includes this explanatory note:

This idea has been floating on the internet for a couple of weeks or so: to change the term “victim” into “experiencer”, especially in connection with sexual violence. It’s probably not going to go anywhere, but still, it’s pretty sick.

To illustrate the trend, I chose an op-ed written by Ursula Scheer from the Frankfurter Allgemeine Zeitung.

This new Orwellian transformation has gotten underway in German. Has anyone seen a similar effort in English or French? Leave a note in the comments if you’ve heard of the same proposal for the equivalent word in another language.

[Erlebnis = “experience, adventure, epiphany, aha moment, great experience, extraordinary experience, unforgettable experience, thrilling, déjà vu, hair-raising…” take your pick. I chose “experience”, but maybe it should be any of the others in NewGermanSpeak. — translator]

A culture scientist suggests that the victims of violent crimes should be called “experiencers”. Many women are fighting back, because that is how criminal deeds are being made invisible through language.

To speak of victims when talking about rape is wrong. And also in connection with the Holocaust, one shouldn’t use that term. The more appropriate description — because it’s value-free and neutral — for people who had to go through sexual violence especially, is called “experiencers”. And that’s how it’s supposed to be entered into the dictionary. A rape is an experience? It’s pretty breathtaking what the author of “Missy” and culture scientist Myth Sanyal together with the student Marie Albrecht have propagated in a co-authored text in the TAZ [Die Tageszeitung]. And it becomes more breathtaking with every stage of the argument in the article, which leads straight into the abyss — and therefore is representative of the lunatic path of a reactionary feminism that is mostly home on the internet, which pretends to be at the forefront of the war for the equality of all genders and identities, ethnicities and classes with tons of hashtags and roaring language restrictions, but in reality merely perpetuates a contempt for victims.

Just how effective it is when one liquidates the term “victim”, is shown perfectly by the article in the TAZ. The term “victim” — similar to “injured” and “affected” — judges people to be “defenseless, passive and at the mercy of”, as one can read there. But it didn’t have to be that way. When someone tells about a car accident they were in, people don’t look at that person differently. “But exactly that happens when you replace “car accident” with “rape”? “One wants to ask: Which victim of a sexual crime or any other violent crime “experiences” themselves as able-bodied or well-fortified, active and self-determined (autonomous)? Is a car accident not something fundamentally different from a rape?

Further on in the text: Because in Christendom the lamb stands for purity and innocence, “it seemed like a good idea to transfer the concept onto sexualized violence (or the Holocaust), in order to exculpate the victims of all guilt for the crimes perpetrated upon them.” Now, if one wants to think in the manner of a language seminar about violence, it should be imperative to consider the nuances that are included in “offering a sacrifice (victim)”, “to sacrifice (victimize) one-self”, and “to be made into a sacrifice (victim)”. But instead the authors attest to youths who berate others as “you victim”, a refined intuition for language. The questionable argument of a religiously derived pardon however (from what guilt, exactly?) lays the foundation for a even more questionable conclusion of the text: Though to call oneself victim is the right of anyone, but the term “experiencer” should be favored by third parties. It won’t “make a statement about motivation or role-allocation.”

Precisely, and exactly that disavows the argument. Where there is no victim, there is no perpetrator anymore, either. Where something is experienced, nothing will be suffered. Back in 2016 Mithu Sandal wanted to break the “victim discourse” with her book “rape”, in which among other things she wrote about Silvester Night of 2015 in Cologne, and insisted that society needs to distance itself from speaking of men as always the offenders, and of women as always the victims. Alone: The overwhelming number of rape victims is female (and the victims of the attacks in Cologne, too, were women.)

The crime will linguistically disappear

Many outraged people on the Internet and in social networks have in the meantime recognized that the suggested abolition of the term “victim” does not free someone from being a victim; on the contrary it only shows that there are those who simply dislike victims’ suffering. On the website of the feminist bloggers “The Troublemakers”, victims of sexual violence protested against the article in an open letter. Among the first people signing were leading members of the Women’s Rights organization ‘Terre des Femems’, Femen members and women from Initiatives such as #IDidn’tReport.

“Sexual violence is not an experience,” it says. To change the meaning into an “experience, similar to going to a concert or on vacation” negates the fact that victims cannot choose their victimization, and it causes the violent crime to disappear, including the perpetrator: “Sexual violence is a crime.” That we have to hammer that back into the brains of these experts says everything.

23 thoughts on “The Experience of a Lifetime”