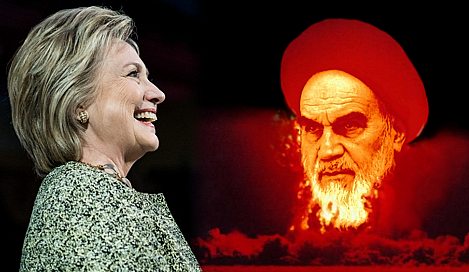 The Obama administration’s rapprochement with Iran was obviously driven by commercial interests. Western companies, including many American ones, stood to profit handsomely when the sanctions were lifted. Given the longstanding Russian involvement in Iran, it’s no surprise to find that Russia has planted strategically-placed agents of influence in Western governments and corporations to advance its own Iran-related interests.

According to a report published today by the Center for Security Policy, a prominent foreign policy advisor to Hillary Rodham Clinton may be one of those agents of influence. Below is the press release from CSP:

“Clinton’s Shadow Diplomat” is a hard-hitting investigative report [pdf] from the Center for Security Policy, exposing the ties of former Ambassador Thomas Pickering to a Putin-linked Russian company that sold oil and gas pipelines to Iran and Syria when Pickering was on its Board of Directors. The report reveals Pickering’s overlapping roles: as Clinton’s Foreign Affairs Policy Advisor, as an Advisory Board member for two Iranian advocacy groups, as a paid Director for a Russian firm selling pipeline to Iran and Syria, as a paid consultant to Iranian aircraft contractor Boeing, and as a Senate committee hearing witness, all with a common goal of ending economic sanctions on Iran and reversing U.S. Iran policies.

The investigation discovered extensive proof of TMK’s business dealings in Iran and Syria while Pickering was on the Board, including a financial offering disclosure, catalogs, marketing materials, websites, press releases, legal documents, reports from the steel industry press and Iranian customer websites. Sales of oil and gas pipelines to Iran were specifically prohibited under U.S. laws and executive orders.

According to TMK’s records, Pickering attended 143 of the 145 TMK Board meetings. Pickering is estimated to have been paid over half a million dollars for his service to TMK, based on TMK’s compensation rules.

The investigation also shows TMK’s relationships with three Syrian customers listed by OFAC as “Specially Designated Nationals” in 2011, while Pickering was on the Board: the Syrian Gas Company, the Syrian Petroleum Company, and the Al Furat Petroleum Company. U.S. persons are generally prohibited from conducting any kind of business with “Specially Designated Nationals.”

Thomas Pickering was appointed by Clinton as Chairman for the Benghazi Accountability Review Board three months after he left TMK. Starting in December 2011, he also served in official capacity on Clinton’s Foreign Affairs Policy Board. Emails released from Clinton’s private server show that Pickering was emailing and meeting with Clinton and her staff from the beginning of her time as Secretary of State, arguing for an end to economic sanctions on Iran, during the same years he was on TMK’s Board of Directors.

“Clinton’s Shadow Diplomat” raises questions for the American public and policymakers about Thomas Pickering’s and Hillary Clinton’s priorities. Did they put America’s interests first, or those of Iran and Russia?