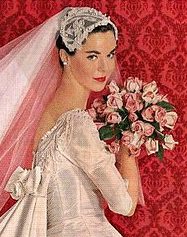 I returned from foreign climes this afternoon, after attending the wedding of one of my kinspersons. The principals were so young — how is it possible that such tiny children are allowed to wed? At least that’s what they looked like to me — and the one I’m related to was a baby just the other day — I recall it clearly!

I passed through some well-off blue-state regions on my trek to the nuptials, so it gave me a chance to give you an update on the election-sign situation. I finally saw some Hillary lawn signs, eleven in all. There were way too many Trump signs to count, a couple of hundred at least.

Even the upscale neighborhoods that I would expect to be wall-to-wall Hillarites were speckled with plenty of Trump signs.

This is the weirdest presidential election I’ve ever paid attention to, and I’ve been paying attention since Nixon vs. Kennedy in 1960.

I brought home one other little tidbit for you, a joke. It’s somewhat naughty, so I’ve placed it below the fold:

Be careful where you tell that one. If a feminist is in earshot, you may get whacked upside the head.

16 thoughts on “From the Nuptials Returned”